This is a work of fiction, a short story of 820 words. 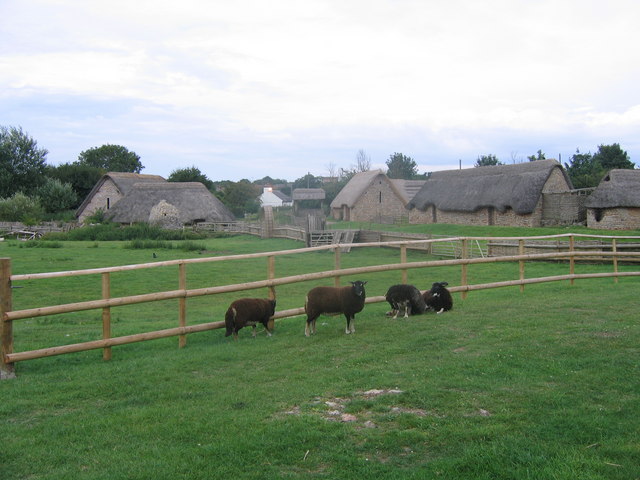 Martin rubbed his eyes, returning quickly to the distant view. He was wondering just how much longer he could keep up the concentration. Judging from the fading light, he had been there more than one third of the day, keeping watch. It was growing cold too, so he wrapped the woollen cloak tighter around his body, holding the collar around his neck. No point thinking about how hungry he was. He would not be able to eat until relieved, when it was dark. He risked looking away, just a glance at the path, hoping to see them approaching by torchlight. But it was still too early for that.

After so long, his eyes began to play tricks on him. That was normal, and he had to convince himself that a clump of shrubs in the distance was not actually a band of enemies, sneaking up on the settlement. The glow from the setting sun to his left didn’t help. It was throwing shadows across the hills, shadows that seemed to be scores of mounted men, riding fast in his direction. The bone handle of his knife felt comforting in his hand; some form of defence, however small. But he realised he had been gripping it for too long, and flexed the fingers to bring feeling back to them.

Every man had to stand watch, a law handed down by the elders for as long as anyone could remember. There were six positions surrounding the settlement, six places where a fierce enemy might seek to surprise them, rushing in to slaughter as many as they could, before enslaving the survivors, and stealing all the livestock. To be a Watcher was a rite of manhood. Martin had stood his first watch alongside his father, twelve long summers ago. After that, he had been expected to stand alone, his gaze never wandering from the allotted view. Whatever the weather, no matter how ill, or tired, every man did their duty.

Night watches were the worst. Jumping at every sound, alarmed by every rustle in nearby bushes, constantly on edge as the darkness seemed to come alive, taking the shape of barbarian enemies. No torches were allowed of course, as they would just affect the ability to see past their glow. At least today he would be home just after dark. Mother would have the soup and bread prepared, and he could rest in the warm, under furs and skins. She would wake him early, so he could help tend the animals, or work with the butcher before his next watch; or whatever task he was given by the Headman.

Resting after the soup, Martin watched his mother sucking on some bread. She had softened it in the soup so she could eat it. Her teeth had gone long ago, and the strange smile made her seem older than her years. She nodded at her son as she finished what he had left for her. Watchers ate first, and had the biggest share. The safety of their settlement depended on them. They would give advance warning, and the warriors would be ready to meet the enemy. Watchers made life possible, and everything depended on them.

In the Meeting House, the elders sat in a semi-circle. Three ancient men, left alone by their servants after eating. The roaring fire warmed their old bones, and they waited patiently, to see if anyone had anything to say. One was blind. White discs covered his eyes, a sure sign of wisdom and blessing. He no longer needed to see, as he had already seen everything worth seeing. The man next to him was completely bald, the glow of the fire reflecting off his head. The third man was taller, his features lost in a mane of white beard, and flowing hair, just the piercing blue eyes visible.

The blind man decided to speak. “My time is close to its end. We must discuss who is to replace me”. The bald man sat up straight. “I favour Magnus. He has proven himself to be reliable, and is not given to excitement”. The blue eyed man shook his head. “But he is a gainsayer, he denies the truth”. The bald man stayed quiet with his thoughts. Magnus did indeed question the existence of any enemy. Nobody had ever seen a barbarian. In truth, nobody alive today had ever seen anyone other than the inhabitants of their settlement. The blind man sighed. “Maybe it is time to discuss the truth with the others. The enemies and barbarians are but legends. Nobody has ever seen them. I never have, and I have lived the longest”.

Blue eyes pounded his fist against the straw mat. “With truth will come disorder. The fear of the unknown is why the settlement is successful. The Watchers will keep us safe”. The blind man nodded, and his shoulders slumped. The bald man was already asleep.

38 thoughts on “The Settlement”