I have been on and off the fence for years, regarding Global Warming, or Climate Change, if you prefer. I am still not as fired up as some of those who write about the subject, but in recent years, I have started to credit the evidence of my own eyes, rather than to continue to read the sometimes rather hysterical reports that abound on the Internet. Some parts of eastern Norfolk are already quite literally falling into the sea. Tidal changes, raised sea levels, and erosion of soft rock are making ‘life at the edge’ no longer possible, in a few communities.

I found this image online, a gloomy prediction of the near-future for Britain and Ireland. 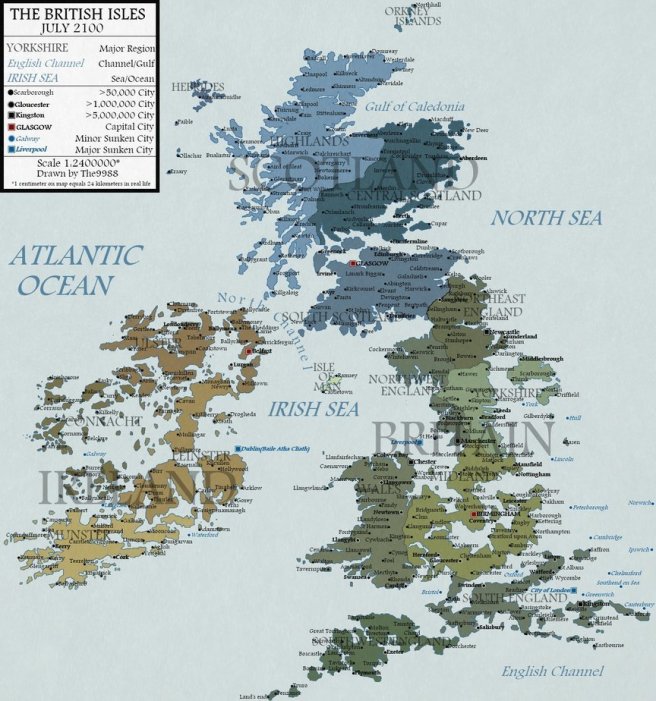 As you can see, Beetley is under water, along with much of eastern England. London has disappeared, and many large coastal communities no longer exist. And the prediction is that this will all have happened by the year 2100, just 81 years in the future. I am unlikely to live to see this of course, as I would be 148 years old.

But just in case medical science has managed to keep me alive that long, please don’t expect any blog posts from me that year.

Unless they have also invented underwater computers.