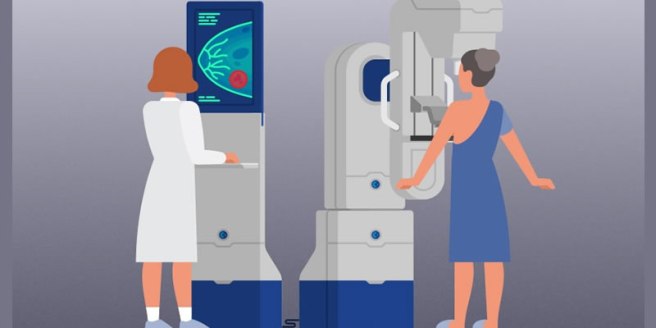 This is the eighth part of a fiction serial, in 1360 words.

Tanny and Mrs Wilkinson are found

Izzy Baker was in a foul mood, so Sammy was keeping out of her way. Julian Holloway had come in with his solicitor, and was being cooperative. He didn’t know the woman in the photo, denied ever having an affair, and provided solid alibis for the time his wife had been killed, as well as the time the blonde-wig suspect was buying the drain cleaner. His solicitor read out a statement condemning his questioning at a time when he was grieving the horrific murder of his wife, and trying to console his small children. There were also hints that any further detention in the police station might result in legal action later.

DS Baker had let him sweat for a while, hoping that the detailed search of his house and grounds might disclose something useful. Then she had pulled up her tights too fast after having a pee, and ripped them. Not only was she going to have to go back in and let him go soon, she would have to do it wearing tights that looked like something a Goth would be proud of. When they were still waiting for the search team’s results after four hours, she finally sent Donna down the supermarket to get her some new ones. “Get me a multi-pack, Donna. I’m keeping spares at work in future”.

Two hours later, she got the dismal news that there was nothing obvious. His laptop and phone were being examined, but they wouldn’t have those details back for at least twelve hours. Izzy was so pissed off, that when Donna got back, she didn’t even bother to go into the Ladies to change her tights. Sammy politely turned his chair as the sarge hiked up her skirt. He liked her well-enough, but not in that way.

A long way off, in a different police force, Inspector John Meacham had already let Mario go. Despite the pleas of some of his team that he was their best bet for the murder of Phillipa, he wasn’t feeling it. And when he wasn’t feeling it, his heart wasn’t in it. Instinct had served him well so far, and he would rely on it once again.

On the other side of England, close enough to the border with Wales to throw a stone into that other country, Sergeant Pam Hayter was watching a man in a protective suit taking photos of a dead woman. Tanya Birch was well-known to police, not only for being a potentially fraudulent spiritual priest, but also for a lifelong record of prostitution, brothel-keeping, drug-dealing, and petty theft. As far as Pam was concerned, she was no loss to the district, or to society either. A few items were missing, believed stolen, and it seemed to be an open-and-shut case of a robbery that went wrong, and turned into murder.

There were no obvious suspects, and the nearest CCTV camera was almost forty miles away. Forensics had taken some footprints, a smallish size in shoes that had no tread, or other distinguishing features. They had scores of fingerprints to work on too, as you might expect in a place frequented by many members of the public. But the woman lived alone, and had been last seen almost thirty-two hours earlier than her estimated time of death, by the postman. A delivery courier had discovered her body today when he needed a signature for a parcel, and had gone inside looking for her. Without anything to go on, Pam had a feeling in her water. A feeling that this would very soon be written off as an unsolved murder of someone the world was better off without.

As Izzy was contemplating getting out early to avoid the boss, and then drink at least two bottles of cheap white wine, Sammy took a phone call. He scribbled furiously on some scrap paper, and as she got up to leave, he grabbed his sergeant’s arm to stop her. “Thanks, yes, that’s of interest to us. Don’t touch anything, and we will be there as soon as possible”. He turned to her with a smile. “Sarge, remember what else was sold to the blonde woman that day, along with the two bottles of drain cleaner?” It was imprinted on her mind. “Yeah, scissors, a hammer, and rolls of tape. The sort of tape plumbers use for leaks”. Sammy’s face looked triumphant.

“Well, uniform have just found a body in a guest house not that far from the Holloway house. She’s been dead a while, and it looks like she was hit with something, perhaps a hammer, and then wrapped up in tape. Maybe the blonde used the scissors to cut the tape? They have asked for crime scene investigation to attend, and an ambulance. I told them we would take the job”. Izzy raised her eyebrows. “An ambulance, surely it’s too late for that?” As Sammy stood up and retrieved his coat from the back of his chair, he shook his head. “Not for her, Sarge, it’s for the bloke who found her. Some travelling salesman who had booked a room, apparently. He passed out when he saw her body, and cut his head open”. DS Baker grabbed her handbag and some other things from the desk. “Get the car round the front, Sammy, I’ll be straight down as soon as I let the boss know”.

Jenny was in bed early. The ache under her arm and the pain in her shoulder joints was beginning to take its toll. In the bath earlier, she also had to admit to herself that the biggest lump on the left breast had grown considerably in just over a week, and her bra was beginning to rub it all the time. She was also beginning to regret throwing away her stronger medication, knowing she wouldn’t get anything that powerful without seeing a doctor. And if she did that, they would almost certainly refer her back to the breast clinic, and it would start all over again. The phone had rung earlier, but she had ignored it, then listened to the message recorded. It was Pat from work, wondering when and if she might be returning. Looks like they had nobody good enough for the Stoneman project.

When the incidents at school had reached a peak, Jenny had confided in a teacher. That had been a big mistake, and she tried to never think about the repercussions of talking to the woman. What had happened next led to her taking another overdose. A real one, this time. Mum found her unconscious, and she ended up in hospital with a stomach washout, followed by referrals to a psychiatrist, and not going back to school. Instead, she went to study at the Sixth Form College, which proved to be what saved her life. Nobody there bothered about her, and she soon did well with her studies, as well as making a few casual friends.

Law was considered to be boring, and Contractual Law even more so. But Jenny took to it like a fish to water. She enjoyed the details, and the way that it wasn’t open to interpretation. Three years at the local university, one where she could travel to and from home, and she left with a decent degree and speciality, one sought after by a legal firm that dealt with building companies, new homes, and the issues of planning permission and local regulations. She was still there, since just after her twenty-first birthday, and she had made herself more or less irreplaceable. It had meant a move a long way from home, and she had been afraid at first. But she didn’t venture out much except to travel in and out of the office, and she kept herself to herself socially too. When her Mum died of breast cancer just after Jenny’s thirtieth birthday, she had worried that it might be hereditary. And it now seemed that it was.

As she tried to get to sleep, Jenny thought about the teacher who had driven her to attempt suicide.

Her name was on the list. She was one of the nine.