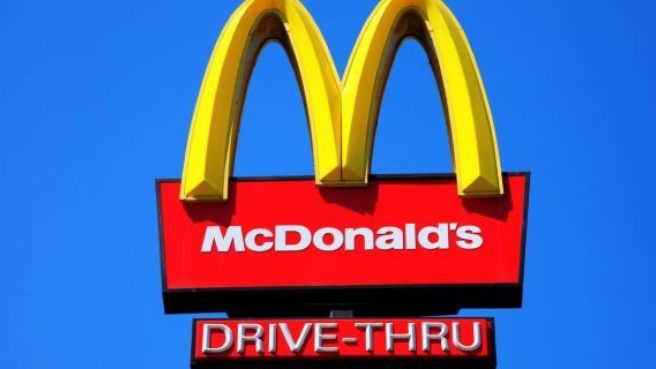 Rutland is the smallest county in England. Only 17 miles long by 18 miles wide, it is land-locked, and has a population of less than 40,000.

It has just two towns of any size, Oakham and Uppingham. The most significant feature of the county is a huge artificial lake, Rutland Water. This is a nature reserve, and an important site for wildlife, especially breeding birds.

But Rutland is also famous for something else. It is the ONLY county in England that does not have a McDonald’s restaurant. The attractive historical streets of Oakham and Uppinham do offer a selection of cafes and restaurants, as well as many privately-owned traditional shops. But no fast-food outlets have ever been allowed to spoil the area.

That might all change, at a local Council meeting this evening. On a site just outside the town of Oakham, the burger giant has requested planning permission to build a 24-hour drive through restaurant. One of the larger types that have been seen here over the past couple of years. The benefits to the community are more than being able to buy some chicken nuggets at two in the morning. In an area of high unemployment, sixty new jobs will be generated, and valuable taxes paid into the local economy by the American company too.

Poorer families in the area will be able to take advantage of ‘meal deals’ and cheaper fast food, without having to drive into neighbouring counties to do so.

The population of Rutland appears to be divided by the issue. Existing cafes and restaurants will undoubtedly suffer, especially in the long term. Rubbish will be generated by thoughtless customers flinging it from car windows, or dumping it around the town. And it is inevitable that other jobs will be lost in eating establishments that cannot compete with the popularity of McDonald’s.

As I type this, it seems likely that the Town Council will approve the application tonight, and building will start. I would not deny that the town needs jobs, or that people should be able to buy a Big Mac if they want one.

But I am sad. Sad that the smallest county in my country, the only one to have never approved a McDonald’s, has finally succumbed to globalisation.