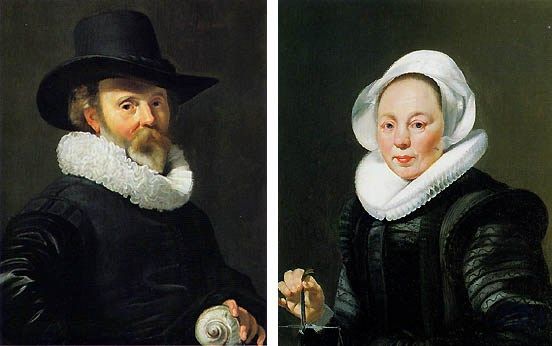 This is the seventh part of a fiction serial, in 875 words.

When a maid found Purity dead on her bed the next morning, nobody was that surprised. The doctor pronounced death by natural causes, and advised Matthew to dispose of the empty bottle of poppy syrup. Matthew knew he had done the right thing for his tortured wife, but could not help but think how his own father had killed his wife, and now he had done the same. Even though his motive was mercy, the shadow of Isiah loomed large in his mind.

Without Purity in the house, Arabella stepped up her control of all the necessary tasks involved in the smooth running of the home. She took over financial affairs, leaving the housekeper disgruntled. Matthew allowed her to engage with the tradesmen, and she proved to be a woman who could bargain hard for fair prices and efficient services. Josiah was still away in the army, now promoted in rank, and showing no interest in taking over the family business. Matthew took Arabella into his confidence, and instructed her in many aspects of managing such a diverse company. He suggested that she should prepare her son as he got older, as Justin was the most likely candidate to take over.

Late the following summer, when her husband was on duty at the barracks, Helena Dakin ran off with a young Italian musician, abandoning young Percival. She left with her few jewels, and all the money in the house. The maid watched them leave, and no note was left for Josiah. If he was surpised or upset by his unfaithful wife’s behaviour, Josiah did not show it. Instead, he contacted his father and Arabella, arranging for his son to go and live in the family home. Araabella was more than happy to help raise the boy, and allowed his faithful maid to accompany him to his new home. Matthew now had both his grandsons under his roof, and vowed to make sure they were brought up well.

On a humid October day, Matthew was walking with his Estate Manager, when he suddenly clasped the side of his head, and fell onto the path. When workmen had got him up to the house and into bed, the doctor was sent for. After seeing his patient had no use of his left arm or leg, and was unable to speak clearly, it was a simple diagnosis that he had suffered a severe stroke. The doctor gave the news to Arabella. “Considering his age, it is remarkable that he survived. He will now need constant care and attention, I’m afraid, though he may well live for many years yet”.

She wrote to Josiah, but he had no time to get away to see his father. He recommended that Arabella appoint managers, or arrange the sale of those parts of the business that she could not cope with. But Arabella was made of sterner stuff, and threw herself into the daily running of the Dakin interests. Even though many of their staff and some of the customers disliked dealing with a woman, they valued the connection with the Dakin family highly enough to overcome their reservations. Arabella hired a nurse to see to her father-in-law, and a strong man to help carry him around. The estate carpenter fashioned a small wheeled cart, and Matthew could be taken out in fair weather, to get fresh air as he was pushed aound the grounds.

England was enjoying a period of peace and prosperity, and Arabella delighted in watching both the boys grow, bonding together more like brothers than first cousins. The town was still growing too, and Matthew’s decision to build the riverside house had been a good one, as the old house had now been surrounded by newly-built dwellings.

Mathew Dakin died peacefully in his sleep at the considerable age of seventy-eight. He left behind one of the wealthiest businesses in the south of England, all of which was inherited by his son Josiah. Arriving for the funeral looking elegant in his new Captain’s uniform, Josiah took Arabella to one side. He told her that he had no intention of leaving his army life for the dull business, and promised to make arrangements to see that her and Justin were financially secure, if she would consider staying on to run the house and dealing with the company affairs. That suited her well, as she was now something of a pillar of the community, and had turned down many offers of marriage since Thomas had been killed. She told him she had no intention of marrying ever again, and promised to care for Percival as if he was her own.

Tutors had been hired to educate both boys, and as they got older, it was clear that Justin had a head for figures, and an interest in mercantile matters. By contrast, Percival was obsessed with following his father into the army, and they agreed that he could go to military college when he was of age.

In the summer of seventeen forty-five, Josiah came to stay for the weekend, to see his family. As they enjoyed a picnic by the river, a messenger arrived. Josiah read the note, and jumped up.

“I have to rejoin my regiment. There is trouble in Scotland”.

33 thoughts on “Runs In The Family: Part Seven”