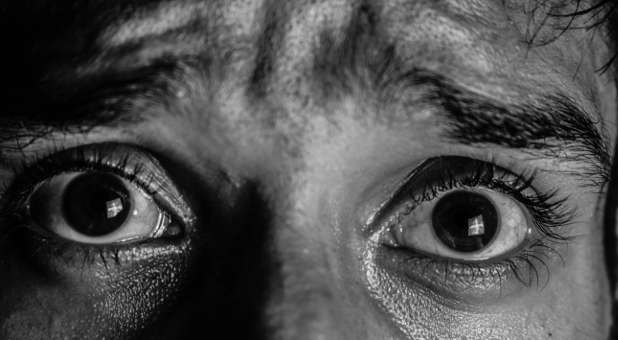 This is the fourteenth part of a fiction serial, in 870 words.

Working for Ted, I soon found out that I was the one doing the real work. I tended the bushes after the briefest instruction, hauling the hose on its trolley to the standpipes dotted around for watering. Then spraying the roots with weed-killer using an ancient hand pump attached to a tank I wore on my back like a rucksack. After lunch, I was expected to fix up the buildings; rehanging doors, and stopping up leaks and gaps in the woodwork. It was just as well he fed me such a lot of food, as I had never worked so hard.

For his part, Ted kept the house clean and tidy, did the washing, and prepared the food. He drove into the nearest town every morning after breakfast, insisting that he liked to buy the food fresh every day. He had a big panel van which was signwritten with ‘Cobden’s Fruits, Cobden Farm’. It didn’t even have a contact phone number on the side. He kept it parked out of sight, behind the biggest barn. In the afternoon, he had his ‘rest’, while I carried on with whatever task he had assigned me. I was allowed to finish at five-forty-five every evening, so I could have a quick wash before dinner at six.

After the evening meal, he always liked to chat for a while before I went upstairs. But despite showing willingness to engage in conversation with him, I never managed to find out that much personal information, and nothing at all about whether or not he might have some genuine phobia, or fear. It went on like that much the same every day for weeks, until the fruit started to ripen.

That morning, Ted accompanied me to inspect some of the bushes, and seemed to become agitated. “We need to get back and get the netting, boy, right quick”. I followed him to one of the low outbuidings, where he showed me lots of rolls of fine mesh black netting. He explained that I should load one onto the big metal handcart, and walk along the rows of bushes unravelling it. It was wide enough to completely cover the bushes once it was dragged up and over them. Then every dozen or so bushes, it had to be secured into the ground using metal pegs, not unlike tent pegs.

I came to hate that job. The netting was difficult to get into place, as it caught on anything and everything. Then hammering the pegs into the hard ground between the rows was back-breaking. It took me all of that week to finish off, using every roll of netting in the storeroom, back and forth collecting each roll in turn. On the Saturday, he made me what he called a ‘special meal’ of sirloin steak, and thanked me for my hard work. Following a substantial dessert of bread and butter pudding with custard, he informed me how to set up and use the bird-scarer. This device consisted of a long tube of plastic attached to an electronic box, and according to Ted, it made a sound like a gunshot at random intervals.

Sure enough, Monday saw the arrival of many birds. Starlings and pigeons in the main, but also crows. Lots of crows. The birds could sense that the fruit was ripe enough for them to eat, but it was not yet ready for harvest and sale to the juice manufacturer. Ted remained edgy. “This is the crucial time, boy. We have to keep them bloody birds off until harvest time soon. Those buggers will ruin the crop, given half the chance”. He told me that the netting was enough to protect the fruit from the smaller birds, but the large crows would hang onto it, and tear it with their beaks. That’s why he needed the scarer. Even with that, the crows could become accustomed to the noise, so a large part of my job would be to keep a presence in the fields, to frighten them off. I was even excused the afternoon repairs for that.

After hauling the scarer and its long cable out into the fields, I set it up and switched it on as he had shown me. The loud bang made me jump, and sent the flocks of birds flying out of the trees where they sat waiting. But not for long. They circled for a while, and then returned to their perches. After a dozen or more of the bangs, less and less birds left the trees, so I made sure to patrol the rows so they could see me.

Over dinner, I suggested to Ted that it might be a good idea if he patrolled with me the next day, as two men in the fields could cover more ground, and distract more birds. He put down his knife and fork, shaking his head. “No boy, not me. Got a thing about them birds, especially the big crows. Sounds silly to tell at my age, but they terrify me, with their flapping wings, and squawking. I’m likely to piss myself with fear if they get around me. You’ll have to do your best”. Cutting into my chicken pie, I smiled.

So that was his fear.

28 thoughts on “The Fear: Part Fourteen”