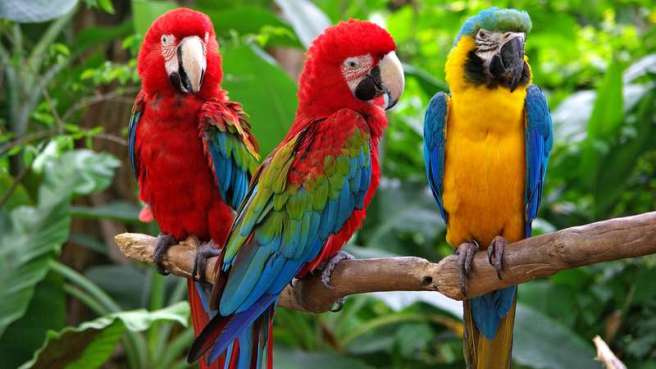 Parrots, including Cockatoos, Lovebirds, and Budgerigars are colourful, noisy birds. They have been kept as pets for centuries, and their feathers were also prized in some civilizations. As a child, we had some budgerigars in a small cage, and they would bash the mirror, and ring the bell. It was my job occasionally to change the sandpaper at the bottom, and to restock the millet that they ate. I wasn’t old enough to consider that keeping two birds in that tiny cage might be cruel.

My first close-up experience of a large parrot was when my uncle kept an African Grey as a pet. 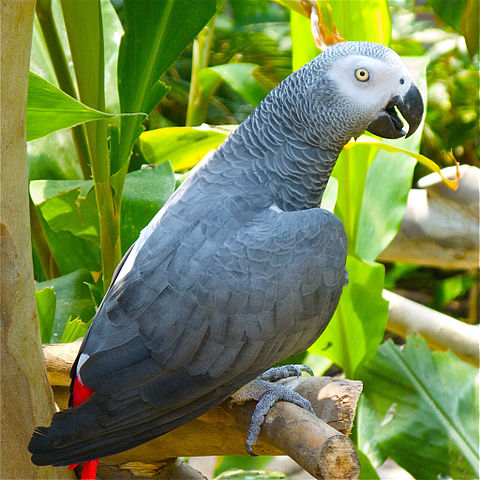 Although it had a large cage, it was allowed out, and would walk around the furniture, often choosing to sit on my uncle’s shoulder. I was wary of its powerful beak, and it made me jump when it would suddenly fly off to perch on top of the curtain rail. I soon decided that it wasn’t right to keep such a bird in a domestic situation. I was later proved correct in this, when his parrot began to pull out all the feathers it could reach, until it was bald over about 60% of its body. It also bounced its head up and down constantly, a sure sign that it was suffering from mental health problems.

Parrots should be allowed to live in the wild, and fly free.

Like so many other animals, some varieties of parrot are now endangered in the wild. Hunting for the pet trade, deforestation, and other encroachments of humans are threatening their existence. Wouldn’t it be nice if we could just learn to be kind to them, and leave them alone?

52 thoughts on “An Alphabet Of Things I Like: P”