Unlike wild field and harvest mice, or the mice kept in cages as pets, feral mice living inside your home is not a good thing at all.

‘While the common house mouse is not as dangerous to your health as a deer mouse, they can still spread disease, such as hantavirus, salmonellosis and listeria through their urine, droppings, saliva and nesting materials’.

As well as stealing your food and leaving disease and droppings around, they also chew electical wires, and damage conduits and plastic piping in their efforts to get around inside your house.

I have been lucky since moving to Norfolk, but when I lived in London, I had a big problem with mice in various places I lived over the years.

I tried going down the poisoning route, but that never seemed to be effective, and I certainly never found any dead mice that might have taken that blue granular bait. So I went ‘old school’, and bought a job lot of retro spring mouse-traps. The shop advised using chocolate to attract them, rather than the old fashioned lure of cheese. So I baited half a dozen traps with Cadbury’s Dairy Milk, and put them in the places I had previously know them to frequent. 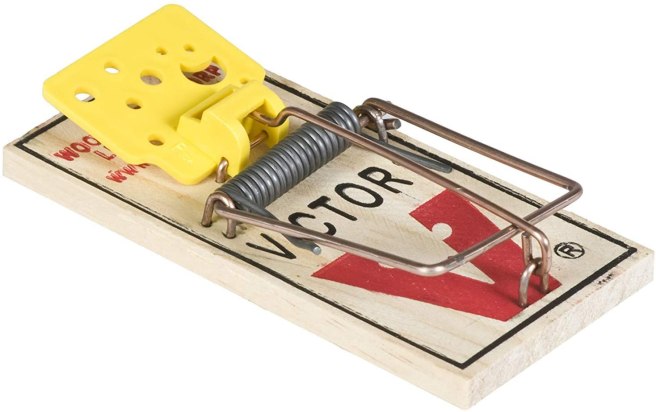 Less than ten minutes later, I heard the first ‘Snap!’ This was followed by a series of snaps in quick succession as three more traps were sprung. I waited a little longer, then investigated. Sure enough, four dead mice, one in each of the four traps. They had all been killed instantly by the thin metal bar that had dropped across their neck or body. I re-baited with chocolate, and put them back.

During the evening there were more snaps, and I found five more dead mice before bedtime. Within a week, I had no more mouse activity at all.

So if you get mice in the house, use the old-style traps. They really work.

59 thoughts on “An Alphabet Of Things I Don’t Like: M”