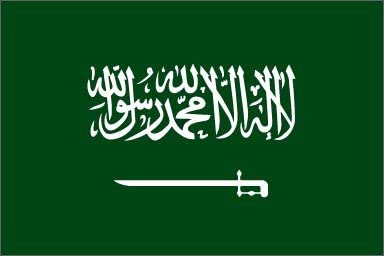 This mainly desert kingdom has far too much influence outside of its own country.

And there are good reasons for that.

The proven oil reserves in Saudi Arabia are the reportedly 2nd largest in the world, estimated to be 268 billion barrels (43×109 m3) (Gbbl hereafter), including 2.5 Gbbl in the Saudi–Kuwaiti neutral zone. … The Saudi reserves are about one-fifth of the world’s total conventional oil reserves.

On May 20, 2017, U.S. President Trump and Saudi Arabia’s Salman bin Abdulaziz Al Saud signed a series of letters of intent for the Kingdom of Saudi Arabia to purchase arms from the United States totaling US$110 billion immediately, and $350 billion over 10 years.

The UK licensed the sale of at least £4.7 billion worth of arms to Saudi Arabia, since the beginning of the civil war in Yemen, but the real figure was expected to be higher as claimed by CAAT.

Despite its archaic laws, human rights violations, treatment of women, and dominance by the family of Salman bin Abdulaziz Al Saud, it seems that country can continue to do what it likes, where it likes, with no fear of any foreign reprisals. Even its blatant involvement in the 9/11 attacks on the World Trade Center was blamed on Iraq instead, and the wrong country paid a heavy price for placating Saudi Arabia.

And those archaic laws I mentioned?

Criminal law punishments in Saudi Arabia include public beheading, stoning, amputation and lashing. Serious criminal offences include not only internationally recognized crimes such as murder, rape, theft and robbery, but also apostasy, adultery, witchcraft and sorcery.

Stoning? (To death) Yes that’s right. One of the punishments for adultery.
It looks like this.

Public beheading is done by a sword, in the main squares of the cities.
Like this.

In fact, executions are so common, the country has had to resort to advertising for more executioners. (Source: BBC)

Saudi Arabia is advertising for eight new executioners.
Apparently no special qualifications are needed for the jobs, whose main role is “executing” but also involves performing amputations on those convicted of lesser offences. The advert was posted on the civil service jobs portal.

Yet these barbarians are described by numerous western governments as ‘Our friends’.

36 thoughts on “An Alphabet Of Things I Don’t Like: S”