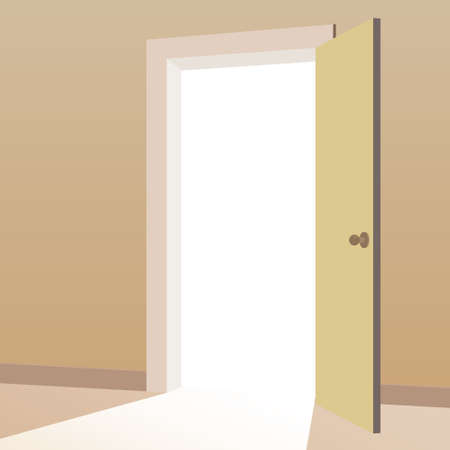 This is the sixth episode of a fiction serial, in 743 words.

With the plasma television and SKY satellite box set up and working, supermarket deliveries arranged, and her excellent computer to enjoy, Gillian was sure she was going to love her new solitary life. There was no need to go out at all, unless she needed the dentist, or had to visit a doctor. She could cut her own hair when it got too long, and everything else she might need or want was available online.

One morning, the doorbell rang as she was halfway through watching a DVD of ‘Cleopatra’. She paused the disc, Elizabeth Taylor’s face filling the screen. Nobody was expected, and there were no orders awaiting delivery. The bell rang again, and she crouched down, speaking through the letterbox. “Who is it?” The voice that replied was familiar.

“It’s Jim Bell, Gill. I was on my way back from a meeting, and thought I would pop round to see how you were”. Naked under her dressing gown, she didn’t feel like entertaining a visitor. She couldn’t remember the last time she had washed her hair or had a bath, and her legs were hairy and unshaved.

“Sorry, Mister Bell. I don’t feel so good today. Got a bit of a temperature. Better not let you in, in case you catch something”. Jim might have been annoyed that she hadn’t even opened the door, but his voice didn’t betray that. “Some other time then. Get well soon, and keep in touch. We all think about you at work you know”.

Before resuming the film, Gillian decided to warm up a Cornish Pasty. Might as well, as she was up and about.

Watching News At Ten that night, there was an appeal for a missing girl, and they showed CCTV footage of her getting on a train at a staion in London. That gave Gillian an idea, and she went to her computer and started searching on Google.

The next day, she rang the numbers of a few home security companies, deliberately choosing some that were not local. Before lunchtime, she had made an appointment for the next morning for someone to come and talk to her about having a camera outside the house. It would mean having to let him in, and getting dressed too, but it was worth that for peace of mind.

The man was quite old, which was good. She reckoned he was at least sixty, and he had a kind voice. He also had a van outside, and said he could fit whatever system she chose there and then. That was a big bonus for Gillian, so she picked one from the catalogue, and made the man a cup of tea as he started working. Late that afternoon, it was all done, and she had paid directly using the phone banking. He showed her how it worked.

“The camera is a wide-angle. As you can see, it looks like an outside light, not a conventional camera. You will be able to see almost all of the front of the house from your gate, right up to the front door. This switch moves the angle, so you can look down, then move it back, and you see wide again. It’s a black and white only, but that makes it more affordable. The recording tape runs on a loop for twenty four hours, then starts again. So if you go out, you can see if anyone was outside your house by playing the tape back. It even shows you the time, and adjusts when the clocks go forward and back. There’s a remote control too, but that’s extra. You can ring the number on the paperwork if you decide you want one, and they will post it to you”.

Gillian nodded. The small control box was like a half-size VHS player, and the monitor screen lifted up from it, much like her laptop. She thought for a moment. “Can you come back tomorrow and fit one of those outside lights that comes on at night if someone comes to the door? It will be winter soon, and dark by four. Oh, and one of those speaker things, so I can talk to the person without opening the door. And you might as well bring that remote control you said about”. He smiled. “Of course I can miss, see you about the same time then”.

She was feeling good. By tomorrow evening, she would always know who was at the front door.

31 thoughts on “Outside: Part Six”