‘A long short story about four differing aspects of love, the last being ‘the love that shall not speak it’s name’. 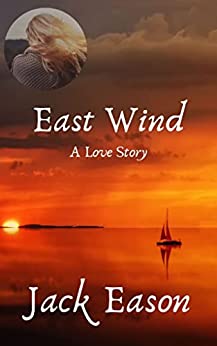 Jack Eason
Jack Eason lived in New Zealand for forty-two years until 2000 when he returned to his birthplace in England. As far as he is concerned he will always consider himself to be a Kiwi. After military service in the 1960’s, he travelled the world, visiting exotic lands and making many friends. At seventy-three he is content to write and travel via the Internet. Besides writing novels and short stories, he contributes to his own blog “Have We Had Help?” Some of his short stories and numerous articles appear in the No: 1 online E-zine “Angie’s DIARY”. His literary interests include science fiction, history, both ancient and modern, and humorous tales like those written by his fellow writer Derek Haines, such as “HAL”. He lives in semi-retirement in his home town surrounded by his favourite books, ranging from historical fact to science fiction. His literary icons are J.R.R Tolkien, George Orwell, Arthur C Clarke and John Wyndham.

Here is a link to Jack’s blog.
https://havewehadhelp.wordpress.com/

The book is available from the 1st of January at the bargain price of 99p. I have pre-ordered my copy, and if you would like to do the same, here is an Amazon buying link.