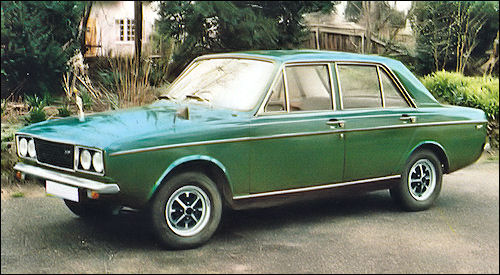 This is the eighth part of a fiction serial, in 810 words.
**May contain swearing!**

Going to the pub to see if Nicky was around had not been my brightest idea. Once I had accepted Mickey’s drink, his older brother Pat became interested. “So what’s the story then? You free for a job now?” I started to explain that I was only out looking for Nicky, not actually working, but out of the corner of my eye I saw Billy Tarrant shaking his head. So I changed tack, and told Pat I was happy to take him wherever he needed to go.

With both the Shaughnessy brothers in the car, the smell of after shave and hair oil was overwhelming. Pat sat next to me in the front as I drove off. “Amersham Arms, New Cross”. I knew the pub well, a big boozer on a corner, only a few minutes away. It was a bugger to park there, as it was on a one-way system opposite a mainline station. But I managed to get two wheels up on the kerb just past it, outside a car dealer’s forecourt. Pat spoke for the second time. “Leave the engine running, and dont move the car. Okay?” I nodded.

I kept my eye on the rear-view mirror, and it wasn’t long before they were walking back to the car, Mickey with his arm around a third man, who looked white as a sheet, and wasn’t walking too well. When they got in the car, Pat was smiling. “Deptford Creek, son. I will tell you where to stop”. The man in the back with Mickey was actually trembling, but he didn’t say a word as I went back around the one-way and headed north.

Deptford Creek wasn’t the name of a road, it was part of the River Thames, formed by a tributary flowing into it. I actually knew why that area of London was called Deptford, as I had lived there for some years as a child. It was derived from ‘Deep Ford’, and was one of the first places that the Romans used to cross the river during their invasion of Britain. But I doubted the Shaughnessys wanted to hear a history lesson.

My best guess was that they had both been expelled from school before the age of twelve, and begun the apprenticeships in their criminal careers. Access to the side of the Creek was via the aptly named road called Creekside, so I headed for that.

Back then, the area was industrial. Paper merchants yards, scrap dealers, metal workshops, all pretty unsightly. Pat pointed at the entrance to a scrap dealer’s place. “Blow the hooter”. I pressed the car horn a couple of times, and the heavy metal gate slid open. Someone inside was waiting for them. The brothers pulled the trembling man out of the car, and Pat turned to me. “Stay here, back in a minute”.

It was no surprise to me when they came back thirty minutes later without the third man. I had an idea he would be lying at the bottom of the Creek, with an old car engine chained around his legs. But whatever had gone on inside, the brothers had not got their hands dirty. They were both still immaculate in their suits, and Pat smiled as he spoke. “Okay, back to The Tavern”. I went to the top of the road and turned left, and on the short drive back to Billy’s pub, neither of them spoke to me at all.

Ouside the pub, Pat got out and walked straight in. Mickey gave me four ten pound notes. “That should cover it. Well done, son”. I was lucky he paid me anything. He was notoriously tight with money. Even if he had given me nothing, I would have just had to swallow that, and even say thanks. But forty was much more than the actual cab fare, so I was relieved. I wanted to get away from that manor, and decided to drive back to Thamesmead and tell Patsy I couldn’t find Nicky.

When I got there, she was matter of fact. “He rang home just after you left. I wrote the address down where he is, and said you would pick him up when you came back”. I looked at the address, and cursed myself for not ringing Patsy from a phone box. Nicky was all the way over in Dulwich, some posh address off College Road. I couldn’t imagine how he had ended up there, but smiled and told his wife I would go and get him. That was about twelve miles south, a good three quarters of an hour in normal traffic.

On the way, I contemplated what had gone on earlier with Mickey and Pat. If they got lifted for that, I might get dragged into their mess.

And there was no way I could say I was just the driver.