I found a selection of photos online, taken by the Dutch photographer Cas Oorthuys in 1953. At the time, I was one year old, and not much was to change during my childhood. 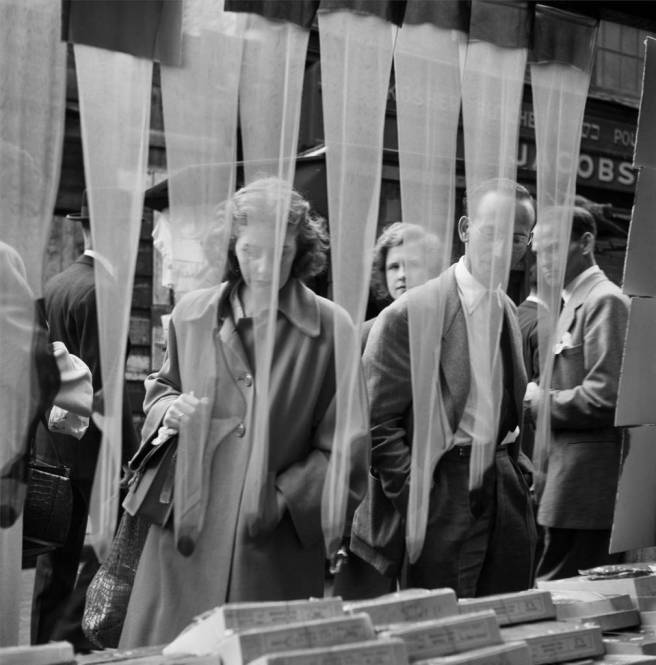 The doorman outside the Ritz Hotel. He is protecting customers from the rain with his umbrella. 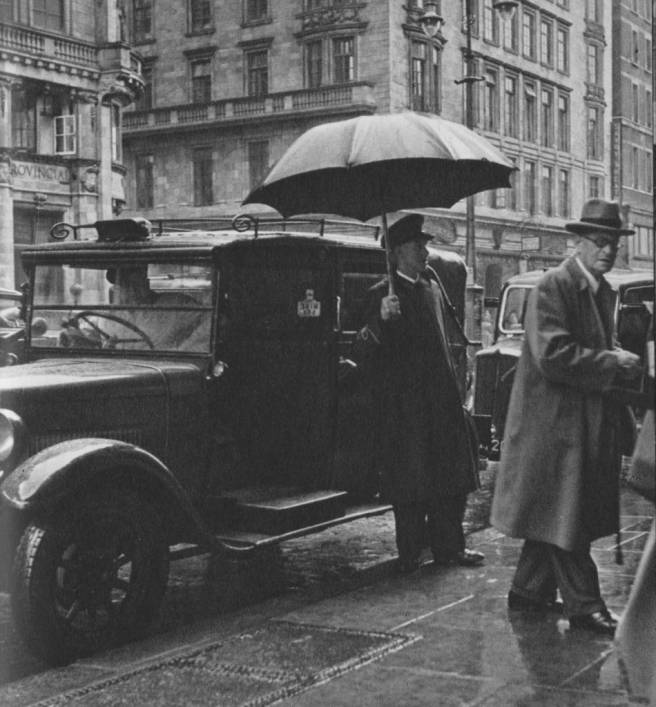 The evening commute on a Northern Line Underground train. Everyone concentrating on their newspapers. 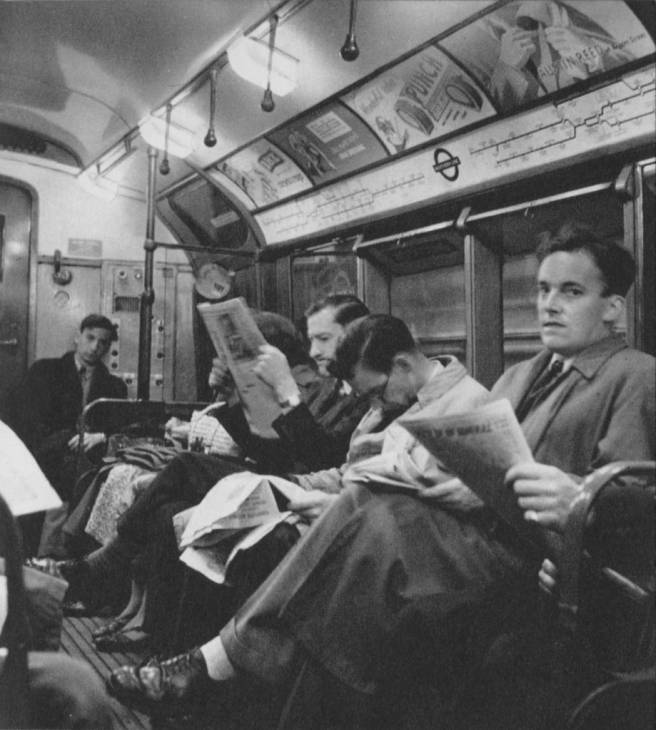 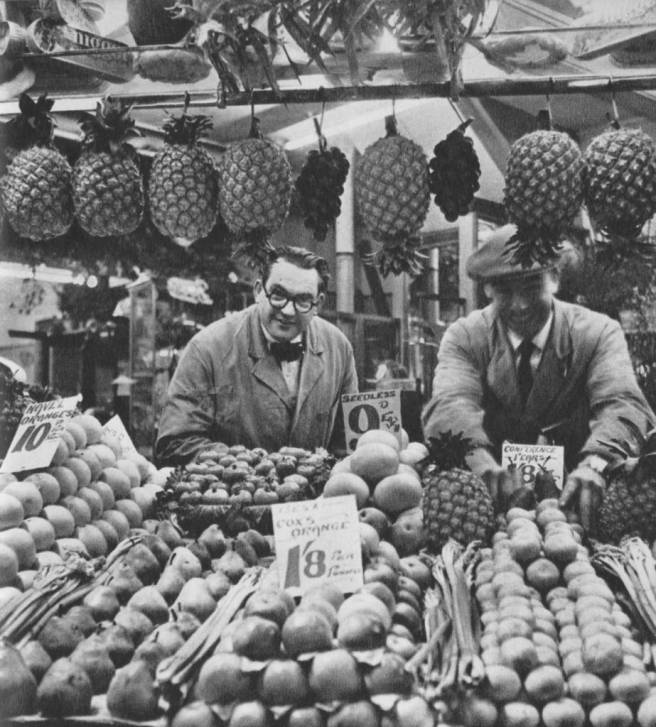 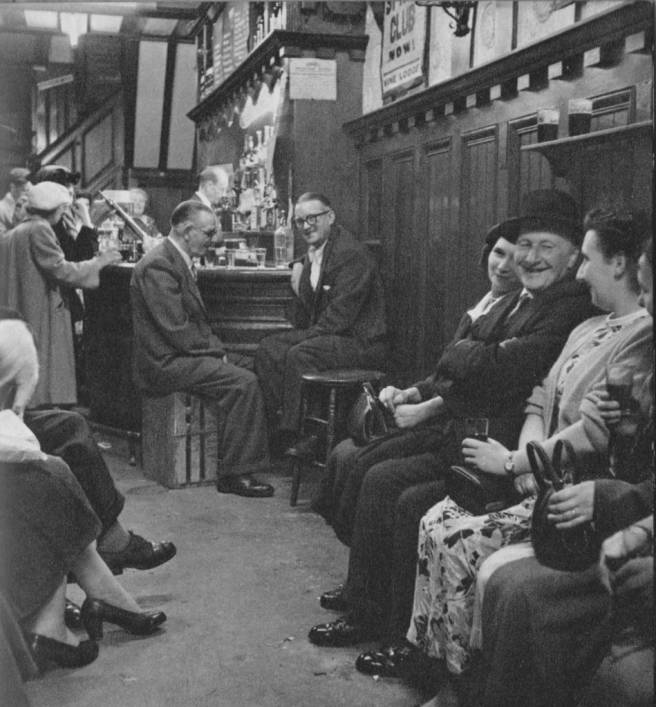 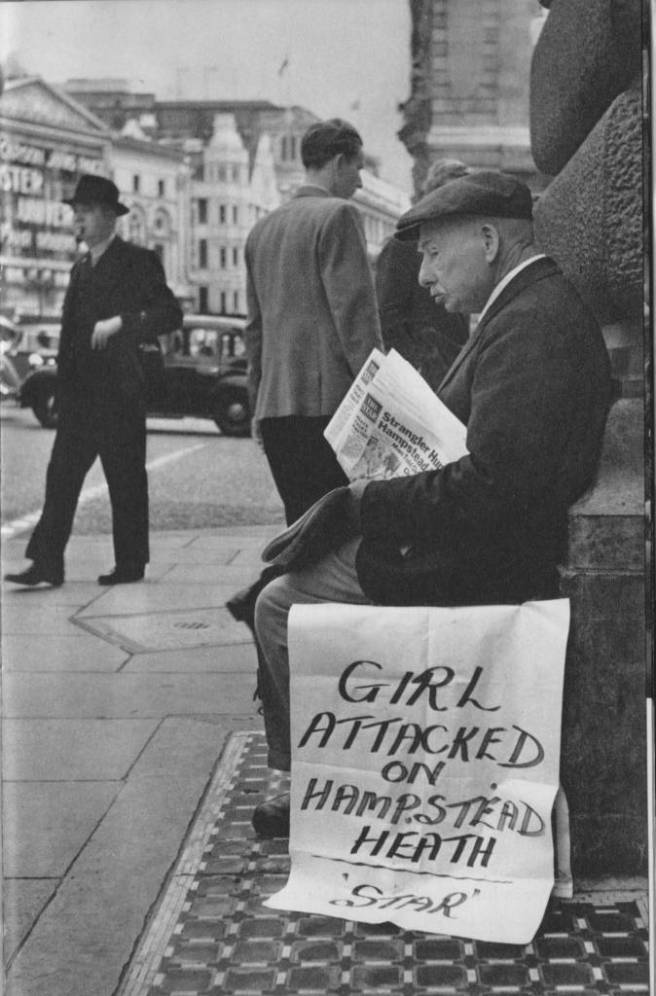 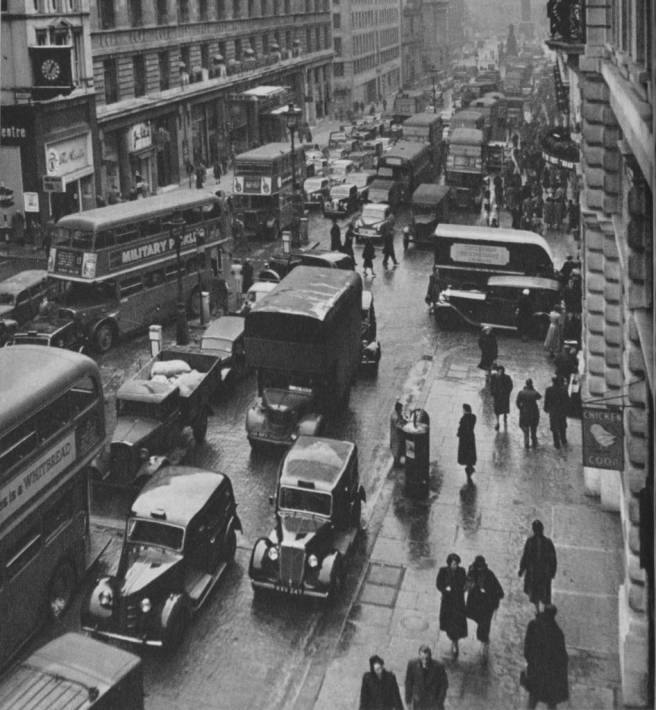 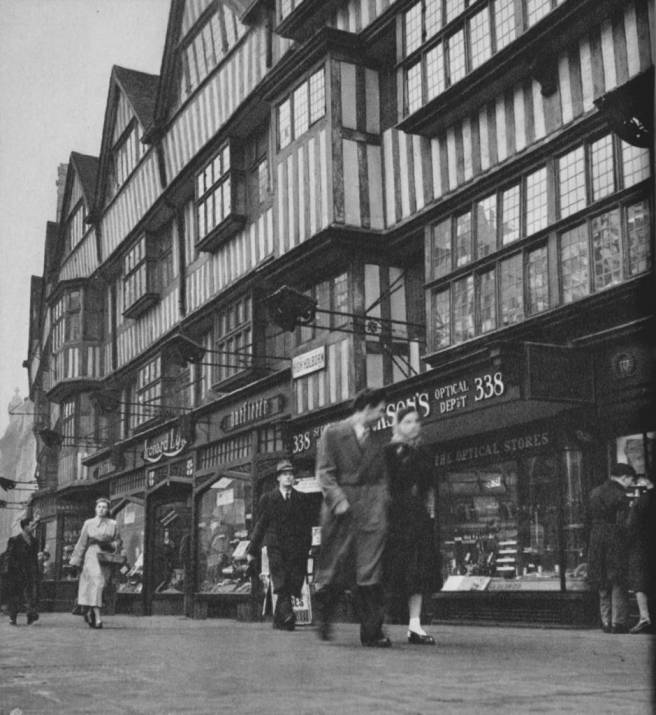 The busy junction outside The Bank of England. 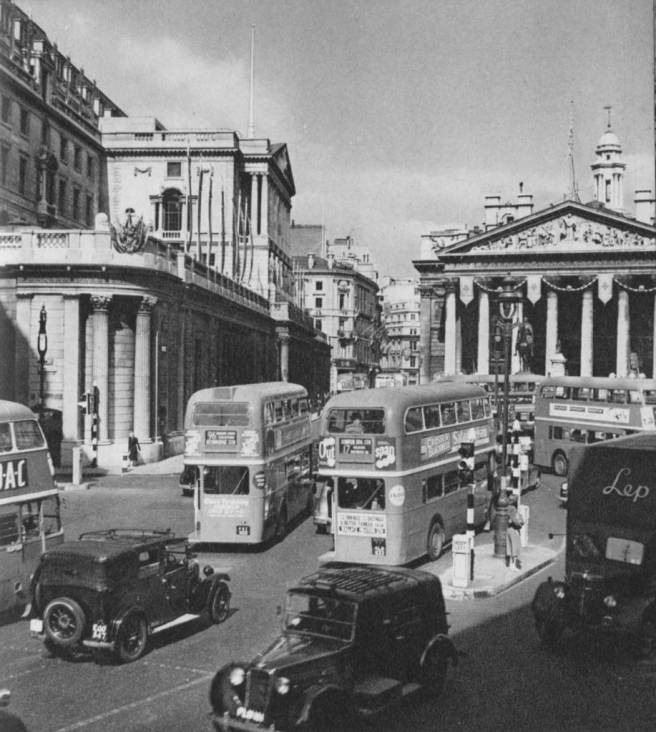 People queuing for a bus outside London Bridge Station. British people tend to queue in an orderly fashion. 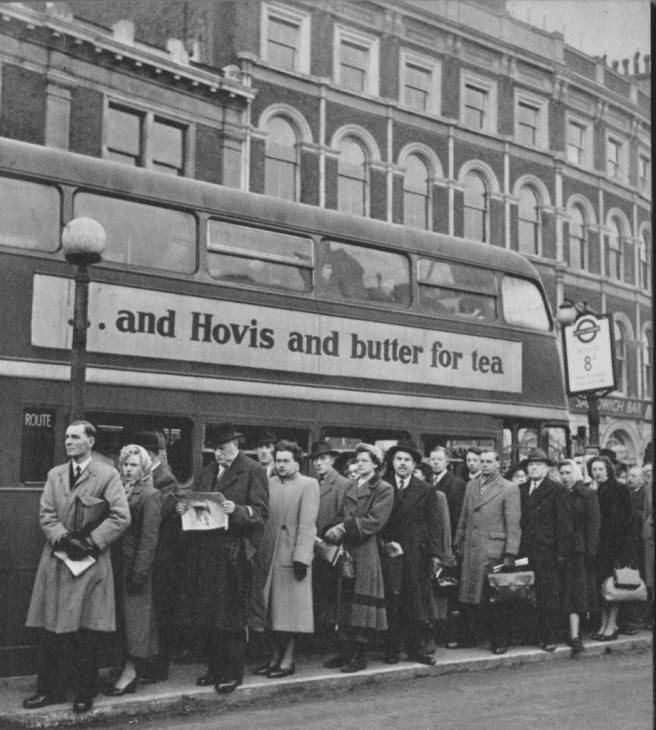