These black and white photographs taken between 1934 and 1953 showcase a forgotten time in history when London had its very own beach. On 23 July, 1934 the Tower Hill Improvement Trust opened its beach on the banks of the Thames close to Tower Bridge in London. A trip to the seaside was financially out of reach for most East End children so they brought the beach to London – a stretch of shingly, muddy foreshore, uncovered at low tide and brought in 1,500 tons of sand in barges to cover it

In 1939 with the start of WWII and the evacuation of many of London’s children the beach closed, reopening in 1946. The beach was eventually closed permanently in 1971 because of concerns over pollution in the river.

Yeoman Warders (known as ‘Beefeaters’) from the nearby Tower of London often made appearances on the beach.

During the reopening ceremony in 1946. Some of those waiting for the rope to be lowered so they can get onto the beach.

The dancing girls from London’s famous Windmill Theatre also took the opportunity to get publicity by frolicking on the beach and a nearby boat. On the bridge behind them, you can see the traffic at a standstill as the bridge slowly closes after being opened to allow a ship through.

But it was mainly mothers and children who made the most of it, while the majority of men were at work. 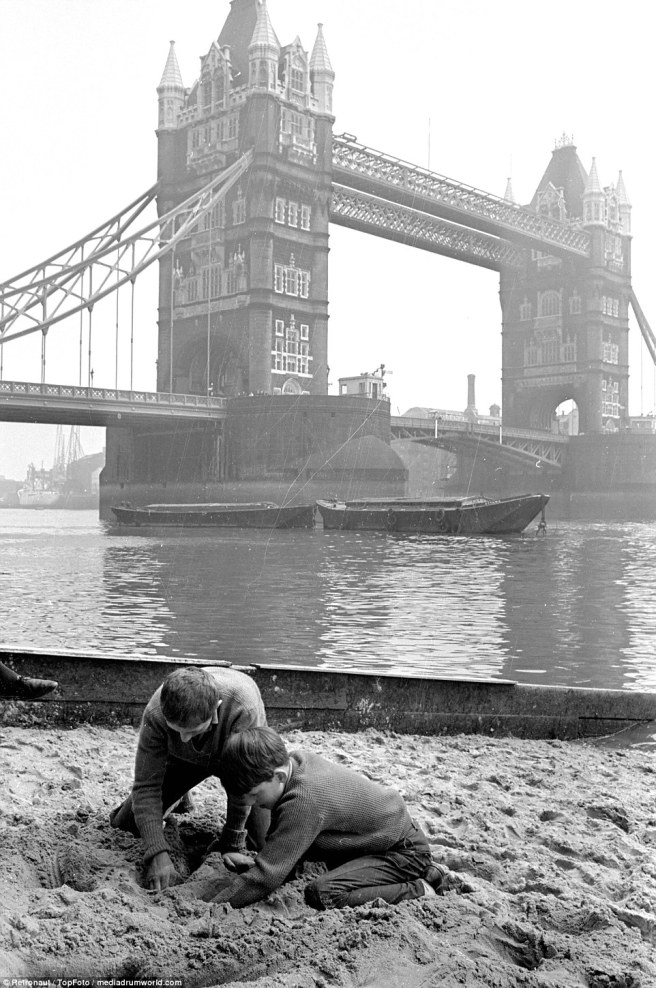 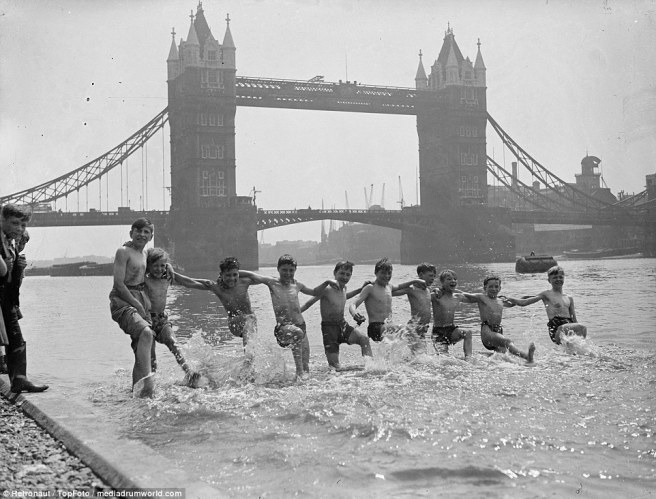