Before he became a controversial and world-renowned film director, Ken Russell struggled to earn a living as a photographer in London during the mid-to-late 1950s.
(The images can be enlarged by clicking on them.)

A street entertainer in west London. You can see Ken’s director’s eye in this photo.

Little girls playing in the street with a pram and a tricycle. Once again, we see how they were completely unsupervised by adults or parents. 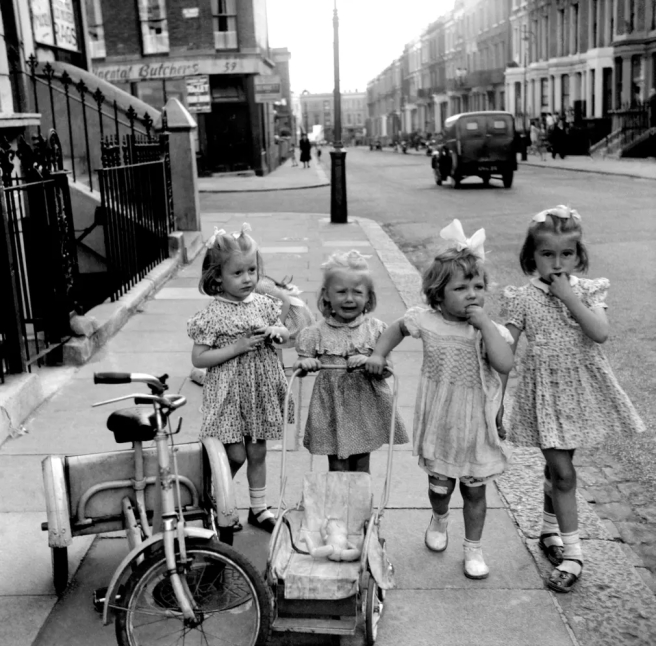 ‘Teddy Girls’. These were the girlfriends of the Teddy Boys, followers of Rock and Roll music who dressed in an Edwardian style. Hence their popular name. 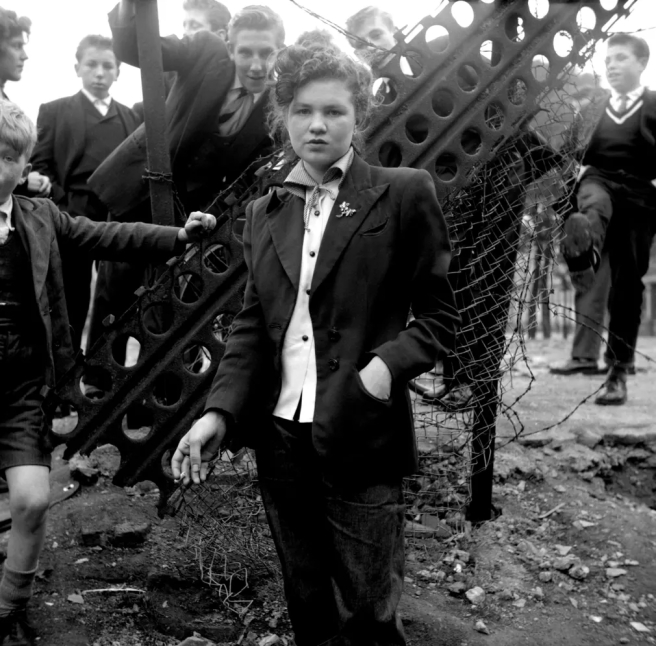 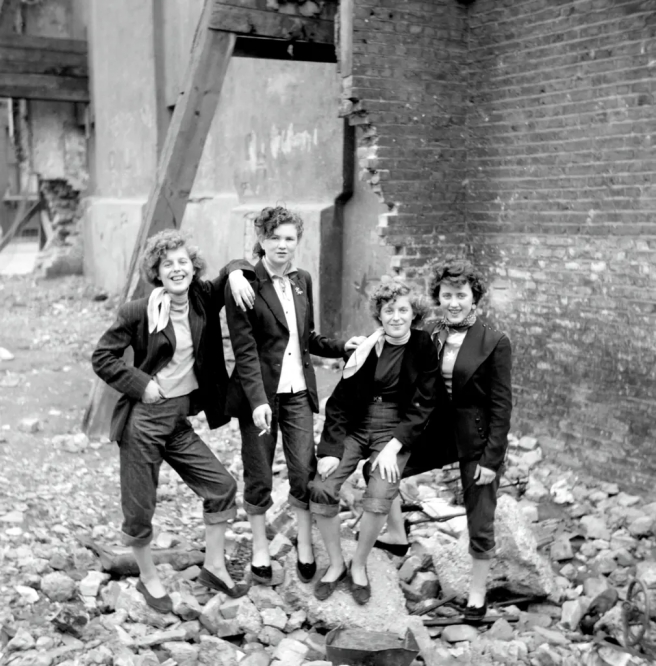 Children playing on a bomb site. They have constructed their own version of an adventure playground with whatever debris they could find.

This lady had tried to sell her novels for over 30 years. She eventually gave up, and pasted her numerous rejection letters onto a wall near her house. 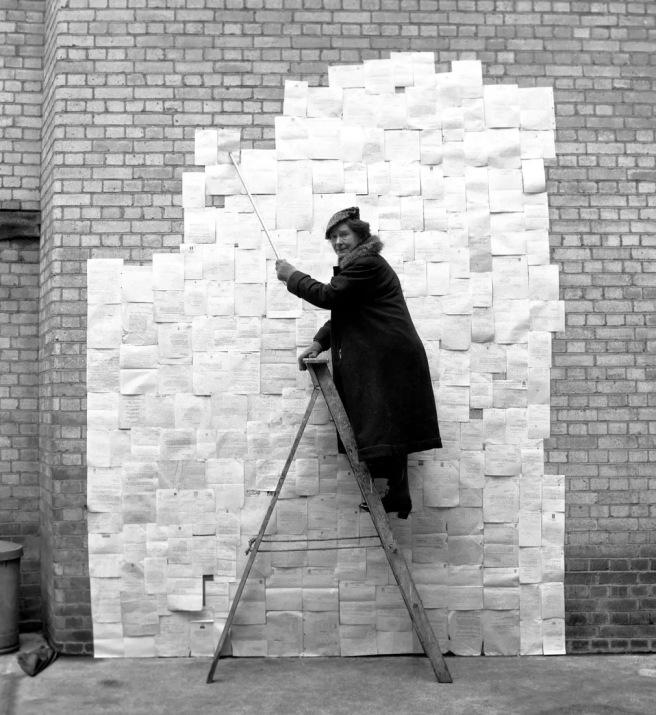 Sandwich Board men. They would walk the streets wearing those signs advertising all kinds of different things. The pay was low, but cash in hand. Russell called this photo ‘Old Soldiers’, indicating that many men had left the army with no jobs to go to, and had to resort to such lowly employment.

Two children playing in the rain in west London. They only have some wire milk crates to amuse themselves with. 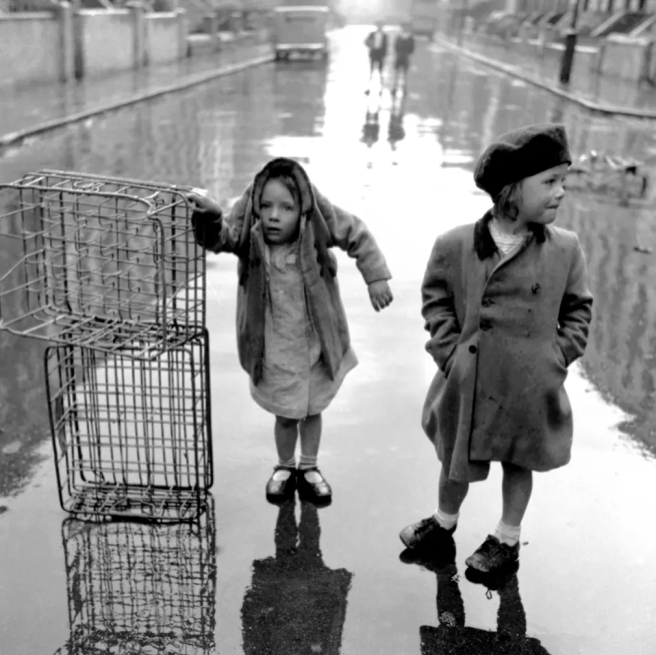