One afternoon, I decided we should drive inland. I wanted to see the ruins of Bolingbroke Castle, then move on to Gunby Hall. That is a grand house where dogs are welcome in the gardens. Unfortunately, the heavens opened once we got up into the Wolds. We had rarely seen rain like it, and it was of Monsoon standard. Even with 2-speed wipers, I could hardly see to drive. Cars were stopping on the main road, which was awash with water in seconds, and by the time we got to the ruined castle, it was still torrential.

So I abandoned the plans, and decided to venture back to the coast at Skegness. That is a rather ‘tacky’ holiday town. It is very large, and not our sort of thing, to be honest. However, there was a dog-friendly attraction, the seal sanctuary at Natureland. https://www.skegnessnatureland.co.uk/

Once there, the weather was better, parking was free on the street, and we could take Ollie inside on his lead. To be honest, it was barely worth the entry fee, but as it receives no government or charitable funding, we were happy to support it.

(All photos can be enlarged, by clicking on them.)

Rescued Harbour Seals in the water, and sunbathing. 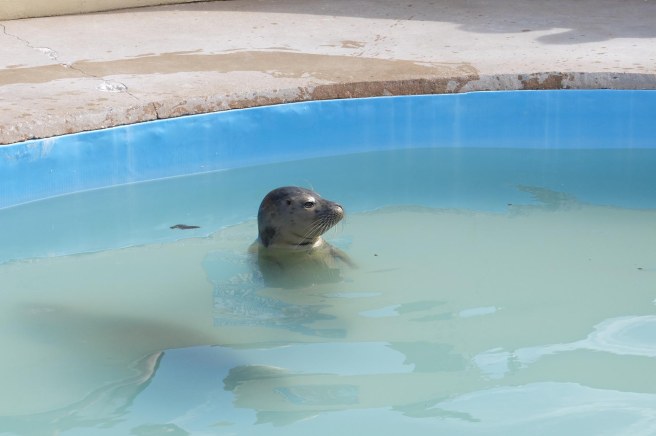 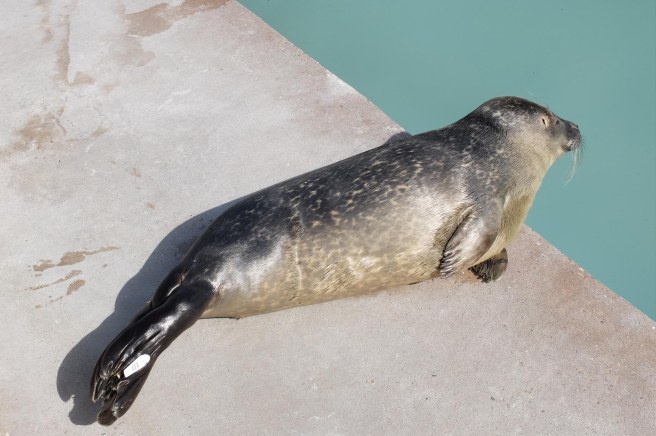 They had some Meerkats too.

And some camera shy Penguins.

A not very shy Goat, hoping for some treats.

After our visit, we stopped for a very good coffee along the front, before driving back 14 miles to our cabin.