Some of the once-bustling street markets familiar to Londoners over 100 years ago are now gone. These archive photos show just what they were like at the time.

Hoxton Market, 1910. This East London market still trades most days of the week. 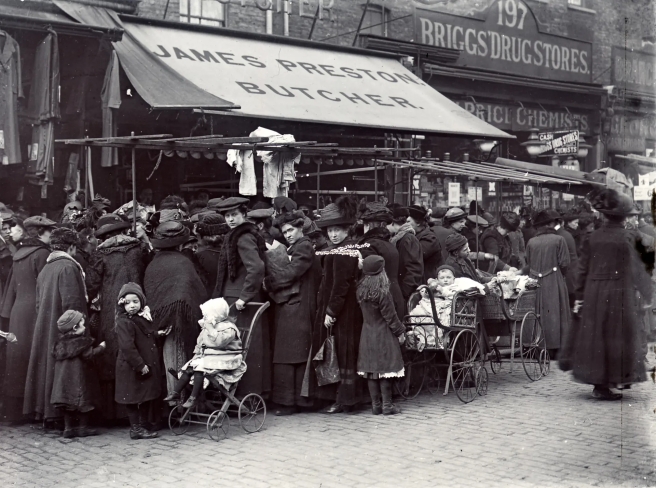 East Street Market, 1910. This South London Market still trades, and was one of my childhood haunts.

Billingsgate Fish Market, 1900. You can see The Monument to The Great Fire of London in the background. This market has since moved. 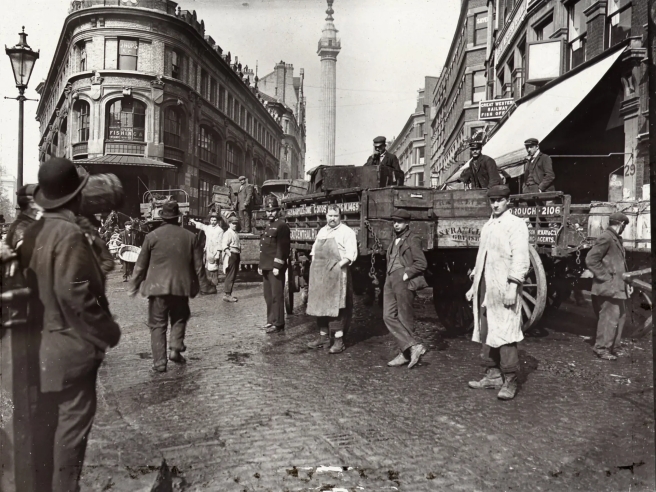 The Traders Hall inside the same Fish Market.

Whitechapel Hay Market, 1900. The decline of horse transport after WW1 caused the eventual closure of this market.

Caledonian Cattle Market, 1910. This North London market opened as an alternative to Smithfield, in 1855.

The Hide Hall at Caledonian Market. Animal hides were sold for leather production. You can also see a bookseller in the foreground, showing the variety of traders who operated there. The market later moved to South London, becoming famous for the sale of antiques for many years.

Horse Traders at Caledonian Market. They were selling the animals for a variety of uses. To be used to pull carts or carriages, or slaughtered for horse meat and their bones rendered down for glue or fertiliser.

A busy trading day in Covent Garden Market, 1910. This is inside the Floral Hall, where flowers were sold to traders and members of the public. 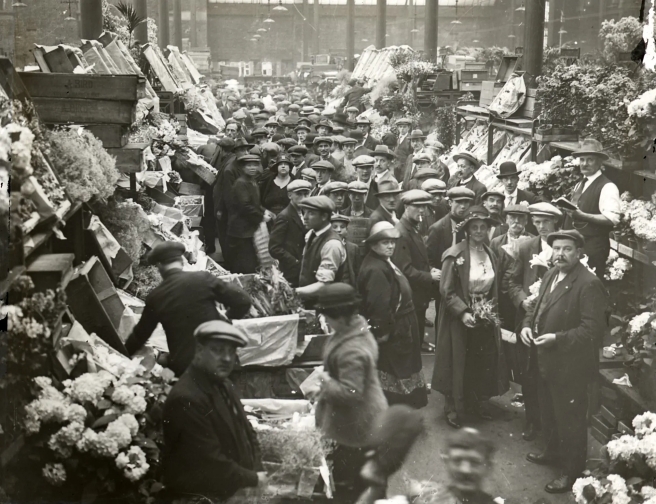