Frank Horvat was an Italian professional photographer who made a name for himself whilst working in France after WW2. Between 1954 and 1959, he often travelled to London, capturing city life just before the Swinging Sixties changed so many things in England.

(Most but not all of the photos can be further enlarged by clicking on them.)

A policeman on traffic duty, 1959. He is wearing white oversleeves so that drivers notice his directions.

A well-off man having made-to-meaure shoes fitted in the shop of the famous shoemaker, Lobb’s. 1955.

Salvation Army ladies having a tea break during one of their meetings. 1959.

Lady friends chatting on a bench in Hyde Park. 1959.

This man is standing on London Bridge, admiring the view of Tower Bridge in the distance. 1955.

Children having a boxing match in Lambeth, 1955. They have chalked out their ‘Boxing ring’ and corners. 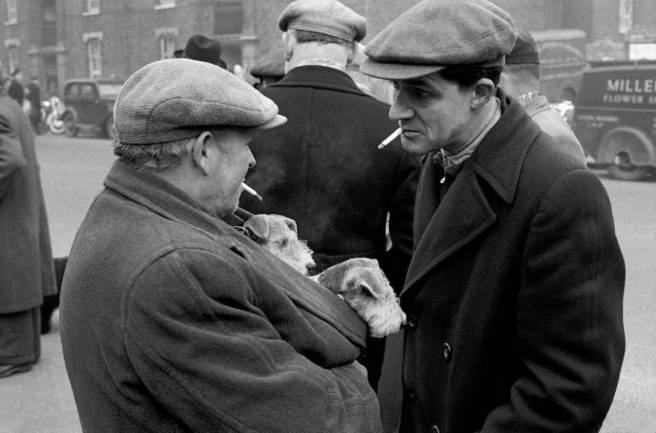 People travelling on an underground train during the evening rush hour, 1959. Everyone seems to be busy doing something.

A self-portait of Frank Horvat captured opposite a street market mirror stall. 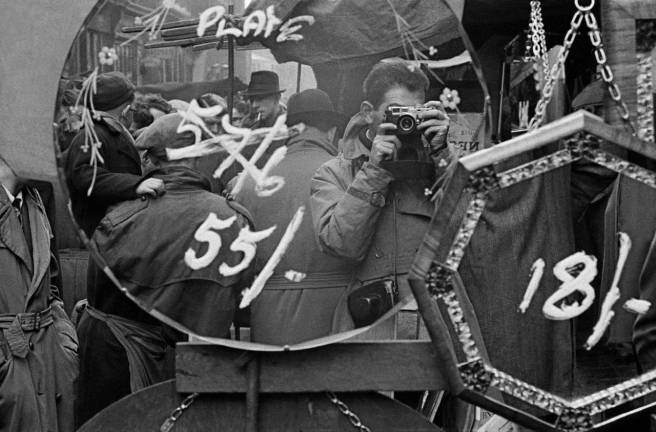 A veteran car rally from Westminster Bridge to Brighton, 1954. 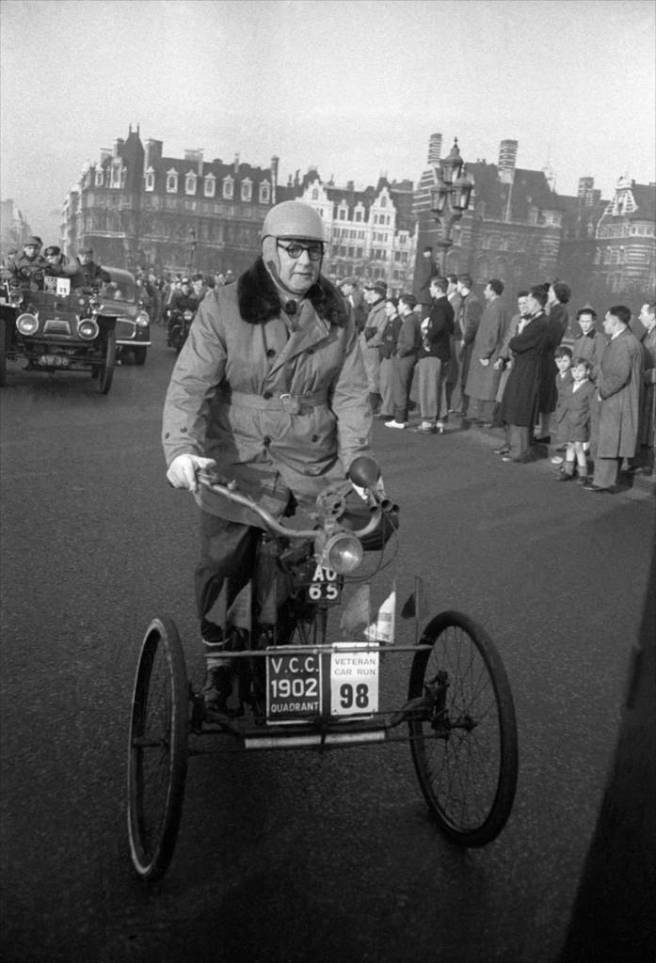