This French cheese (also made in other countries) is a real guilty pleasure; fattening, salty, and generally bad for you in excess.

Why are things that are bad for you so tasty?

Here is some information concerning this delicious cheese.

Brie (/briː/; French: [bʁi]) is a soft cow’s-milk cheese named after Brie, the French region from which it originated (roughly corresponding to the modern département of Seine-et-Marne). It is pale in color with a slight grayish tinge under a rind of white mould. The rind is typically eaten, with its flavor depending largely upon the ingredients used and its manufacturing environment. It is similar to Camembert, which is native to a different region of France. 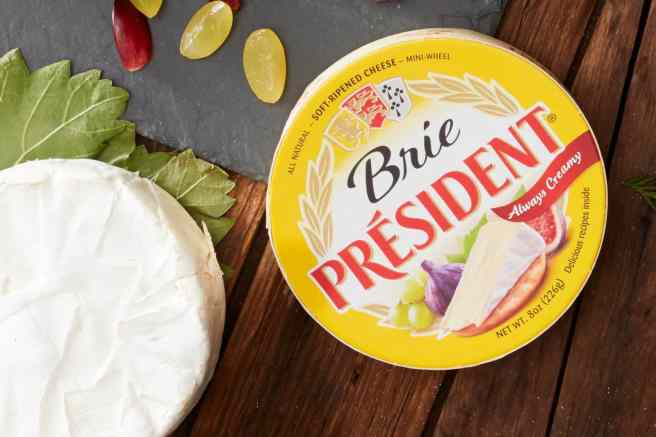 Very good accompanied by crackers or fresh French bread, it can also be added to a sandwich of mixed ingredients, (as in Bacon, Brie, and Cranberry). The soft cheese adds a tangy flavour which is unmistakable. It is also delicious served hot, often rolled in breadcrumbs and fried.