The last of the four posts about the historic town of Sandwich, from 2015. The photos do benefit from enlarging them, as you can see fine detail. This reblog may be of interest to my more recent followers. 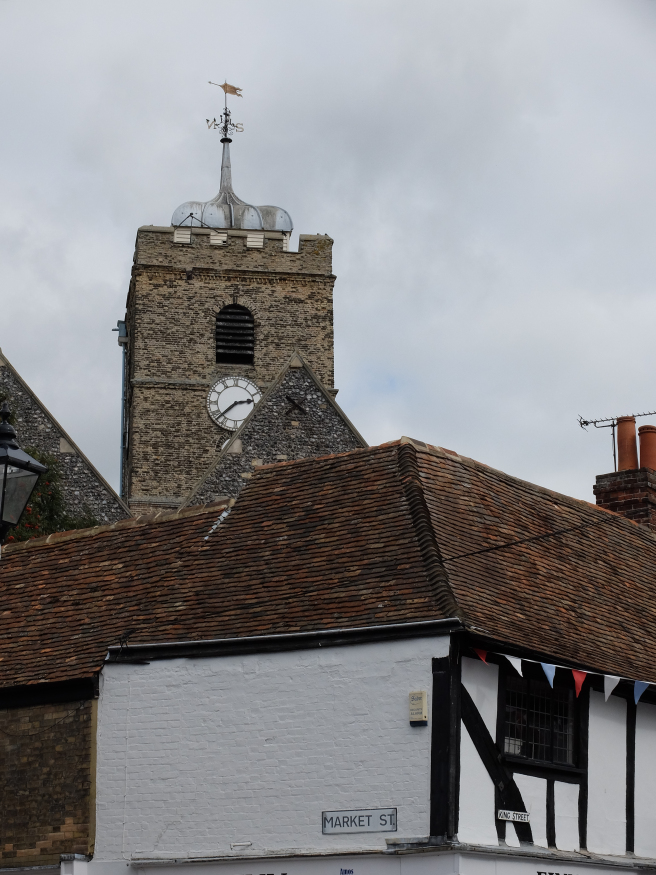 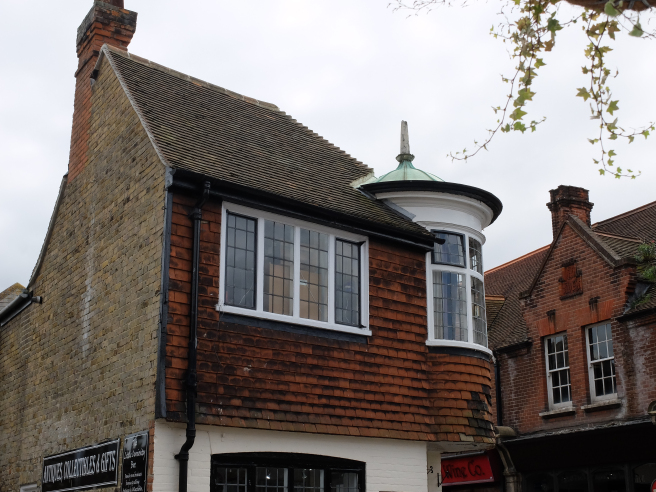 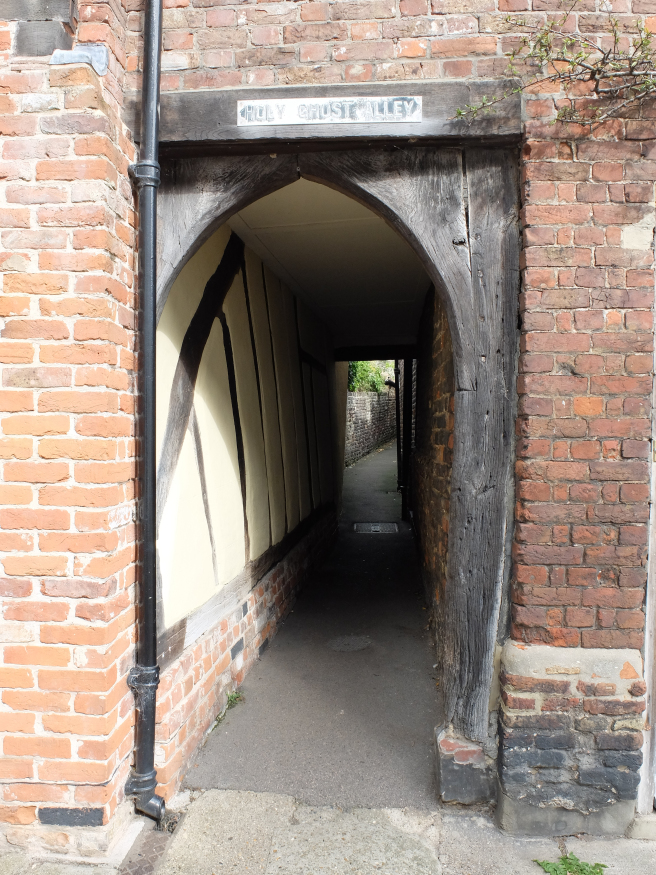 The third part of this photo post about the historic Kent town, from 2015. Despite the title, and what it says in the text, I did post a fourth one, and that will be up tomorrow. This is for new followers who haven’t seen it before.

The photos look a bit better when enlarged.

This is the last selection of photos from our trip to this lovely old town. On this occasion, I have included three photos of more modern buildings in the town. Given the great age of most of the houses and public buildings there, the term ‘modern, is used advisedly.

From 1916 until 1928, The East Kent Road Car Company operated buses in and around the town. They provided a service to the nearby city of Canterbury, and to coastal towns such as Ramsgate, and Deal. This quaint little building served as both the ticket office, and public waiting room, and has been left in its original place, though somewhat abandoned to nature. 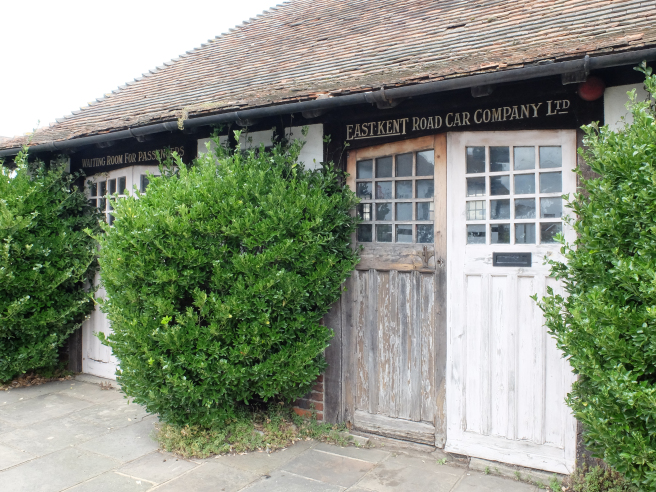 The wonderful Art Deco edifice of the Empire Cinema has stood since 1937. At night, it is still illuminated by the original green neon strip-lights outside. The cinema continues to operate to this day, showing mainstream films, as…

The second reblogged photo post featuring this town in Kent, from 2015. Many of you saw these at the time, but they may interest more recent followers. It continued to be dull weather all day there, so it is probably worth enlarging the photos to get a better effect. (This can be done on the original post)

Continuing from the previous post, here are three more shots from that day trip. Some of the oldest buildings in the town, and a view from the bridge along the quay, which now serves as a car park.

St Peter’s Street, with its lovingly-preserved mixture of houses, from Tudor to Georgian.

St Peter’s Church, in the heart of the town. It dates from the 13th century, and has a famous crypt, once used as a charnel house and ossuary. There is also the distinctive metal cupola below the spire. It is hard to see from this angle, but if you enlarge the photo, it is visible. I wanted to go inside, but a large tour group had just arrived, for a pre-arranged visit.

Standing on the new bridge that replaced the ancient toll bridge, this was shot looking east along the river, toward the sea. 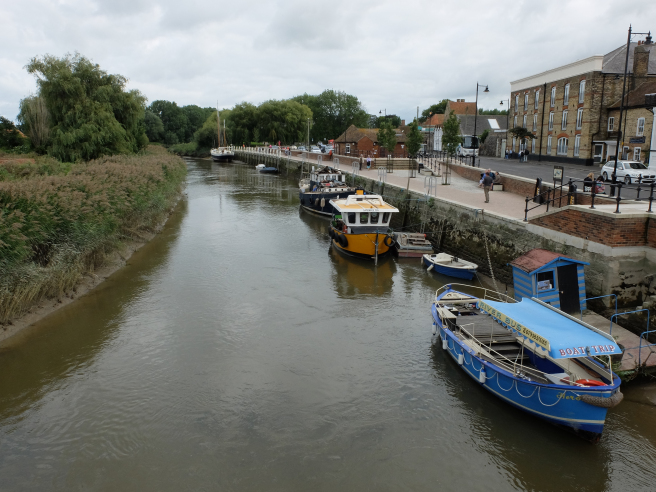 In the next and last…

More photo-post reblogs for new followers, from 2015. This is the first of four posts about the historic town of Sandwich, in Kent. The day was unbelievably dull, so the photos look flat and uninteresting. They are marginally better if you enlarge them. Worth posting though I think, as the small town is overflowing with history. More to come this week, with all four parts reblogged.

Sandwich is a town in Kent, on the River Stour, one of four English rivers bearing this name. It is close to the channel coast, lying south of Ramsgate, and east of Canterbury. It has been established as a town since Roman times, and was once a busy port. It was one of the original Cinque Ports, providing men and ships for the navy, in exchange for lenient trade laws, and low taxes. At the time of Edward The Confessor (1042-1066) they formed the first real navy organised for the defence of England.

The town still has a connection with the sea, and is popular with boat-owners, and those taking trips along The Stour. It has become something of a tourist trap, thanks mainly to its historical connections, the proximity to Canterbury, and the variety of well-preserved old buildings to be found there. Julie and I visited last year, and…

An old post from 2014, something very personal. Other than Jude, I don’t think most of you have ever seen it. (I just remembered that it was reblogged on Sally’s site, in 2017. Apologies for the repetition!)

When you see someone splashing in the water, they may not be waving, but drowning.

I would like to thank Jaypot, for suggesting that I explore my childhood for inspiration. Here is the first result of that exploration.

Stevie Smith wrote this famous poem, in 1957. If you have never heard of it, here is a link; http://www.poemhunter.com/poem/not-waving-but-drowning/
I did not become aware of this poem until the 1970’s, and considered it to be a fine piece of work. More than that, it had a connection for me, that even now, is painful to recall. I must start by saying, by way of a disclaimer, that many of the events recounted in this post were told to me later, by my parents. (Though despite my youth at the time, I do actually remember the main occurrence, as if it happened yesterday). This also applies to the exact geography of the location, a place I have never visited since, and which may well have changed, over…

After the painting was finished (for now) inside, it seemed a good idea to get away for a few days. An invitation from one of my oldest friends to visit her in Kent was accepted, and on Friday afternoon, the car was being packed up for a three-night stay. Ollie was curious of course. Bags being packed, car doors open, and items like chargers and toiletries being collected from various rooms. He decided to forego his afternoon nap, and to follow me around instead.

Once he saw me washing his food and water bowls prior to stacking them in the car, he was in no doubt that something was up. Sticking ever closer to my side, he decided to keep wagging his stumpy tail, to let me know he was still around. Every packed bag was sniffed carefully, especially the one containing his food and treats for the weekend ahead. By the time I was dressed and ready to leave, he was looking glum. He no doubt suspected that I was off somewhere, and he was not to be included. But when I lifted his large bed out, to fit it into the back section of the car, he was beside himself with excitement. Not even waiting to be told, he jumped into the back and settled down on the bed. He was happy to have installed himself, even though he had no idea where we were going.

During a drive of just under three hours, he snoozed happily in the back, and it would have been easy to forget he was even there. On arrival he was delighted to see my friend, who he has met on numerous occasions. But he was even more excited to see her stairs. As we have no stairs in our one-level house, he loves to go anywhere where there are stairs to investigate. He will scamper up and down them constantly, like a child on a slide. Once his bed was installed next to her garden door, and a couple of his soft toys appeared, he soon settled down, and showed no concern about being somewhere different.

When it came to taking him for walks, I was restricted to the local park. The town where she lives is very built-up, and has no wide open spaces or small rivers, like the areas that Ollie is used to seeing every day. The trip to the park along busy roads means that Ollie has to stay on his lead. So he makes his amusement by sniffing every new lamp-post, dustbin, street corner, or front garden. Walking a very short distance can take almost thirty minutes, as he discovers new smells and leaves his own mark behind. Once at the park, there are no squirrels or deer to track down, so he has to be content with seeing the occasional dog, or exploring the new place for any other good smells. After a long walk, I found a bench to sit down on, though that unfortunately only gave me a view of the busy main road. Ollie and I watched the streams of traffic for a while, and I wondered what he was thinking.

We didn’t venture too far from the house, using the time to catch up with news, and enjoying a visit from my friend’s extended family. Ollie was pleased to have more visitors who made a fuss of him, and by the time we were set to leave, he had become well-used to the new area, adapting almost immediately. However, once we got back yesterday afternoon, and I took him back to his usual stamping-grounds of Beetley Meadows and Hoe Rough, it was plain to see the joy on his wrinkled chops.

Maybe he enjoyed the change of scene, maybe not.

But I suspect he could take it or leave it. 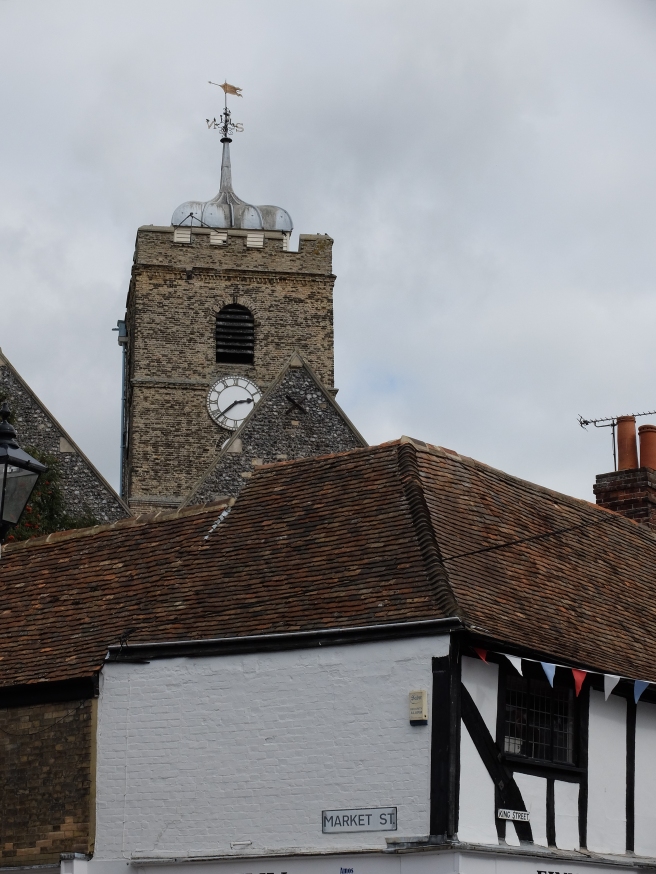 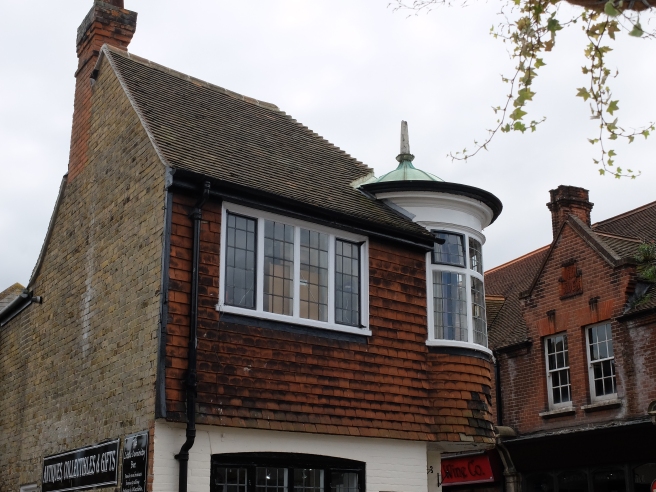 This house dates from 1774, and is called Serpentine Cottage. Despite the 18th century construction, it is very much in the late Tudor style. It must have been the house of someone wealthy or important at the time.

This addition to St Peter’s church is in the style know as ‘Dutch Gable’, so is probably 17th century, much later than the original church building. 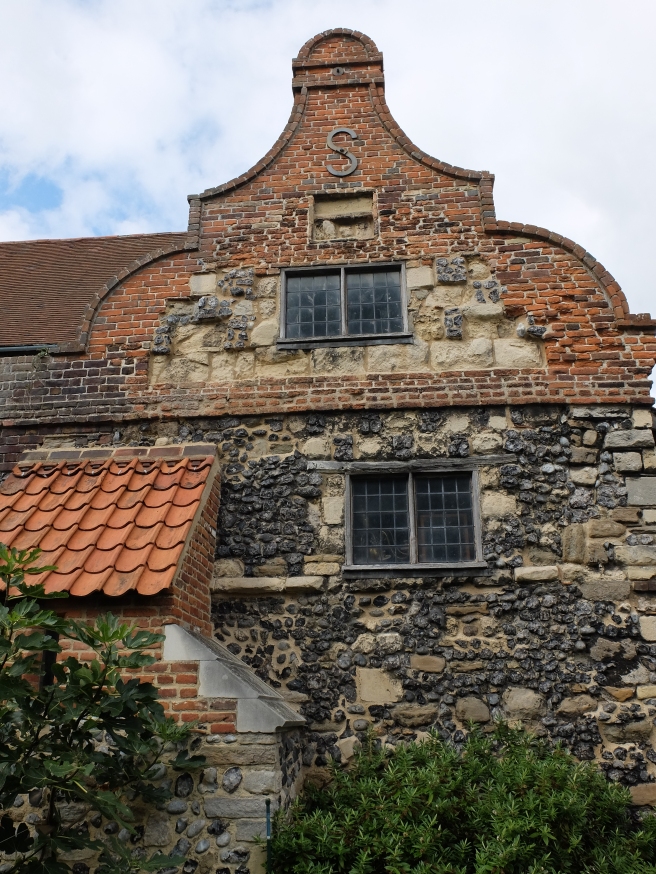 That is the last post about Sandwich, with all the photos I am happy to add to the blog. I am very pleased that so many of you have enjoyed these, and hope that this final collection is similarly well-received.

All the photos are large files, and can be enlarged by clicking on them. I am happy to report that they have retained a considerable amount of detail, even at maximum resoluiton.