Brilliant sunshine this morning, despite a chill in the air. I took Ollie out early, before the winter sun got too low in the sky. Over to Hoe Rough, with the small Panasonic Zoom Compact in my coat pocket.

(All photos are posted from Flickr, and can be enlarged there by clicking on them) 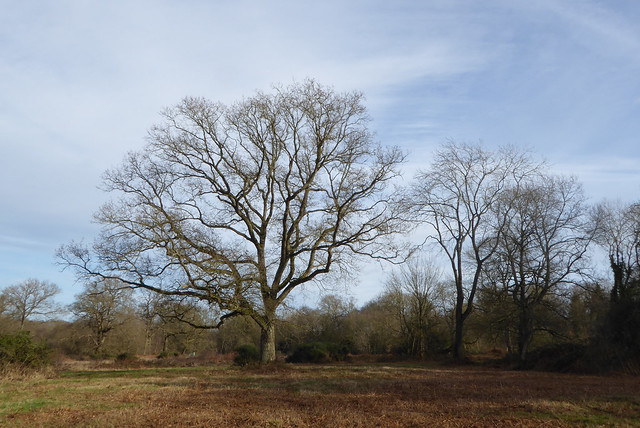 The little camera has a 24-720 zoom. To show the extent of that, I took two photos from the same spot. 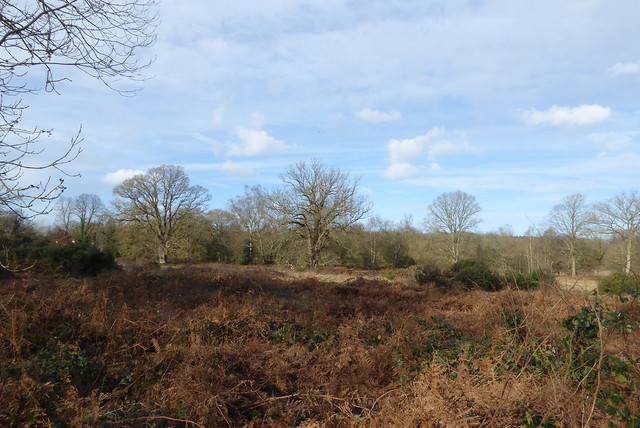 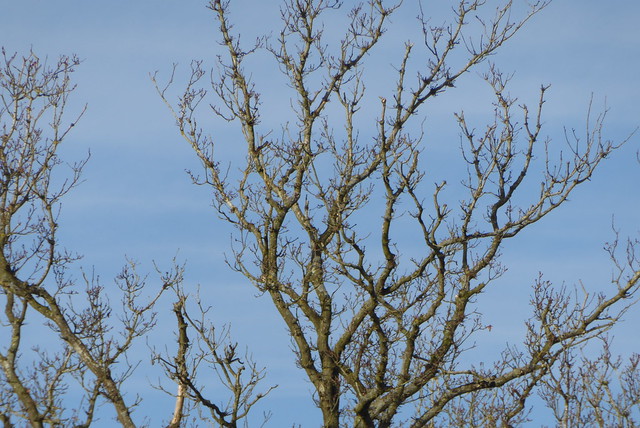 By the river, the snowdrops were out in abundance. 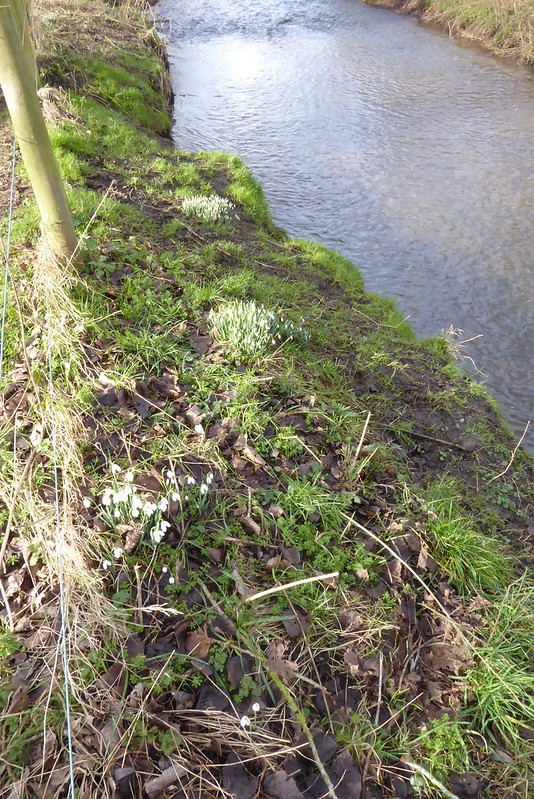 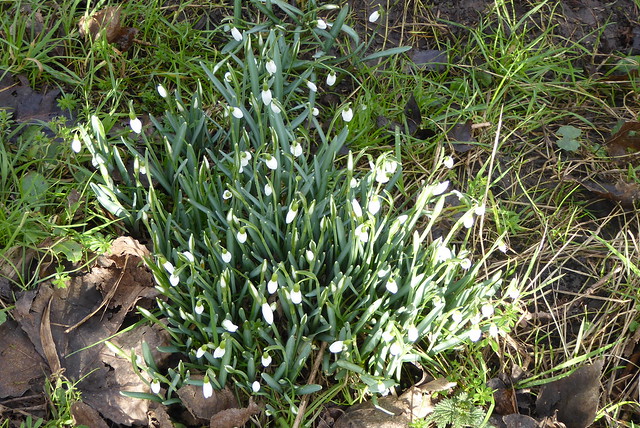 But it hasn’t been cold enough for the mud to freeze, so I still needed my Wellington boots. 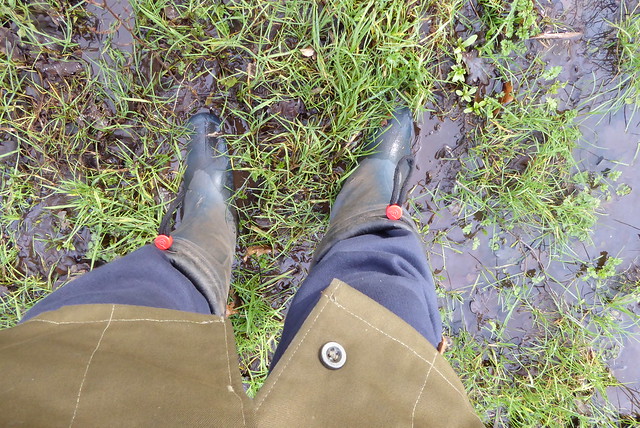 An ingenious cow-watering device. They push their snouts against the yellow lever, and it sucks water into the reservoir from a pipe placed in the river. 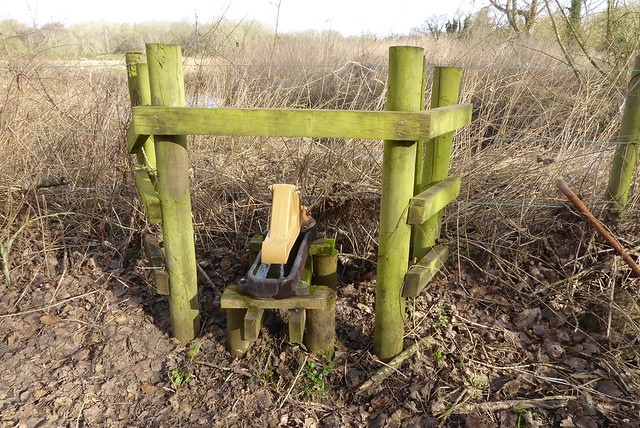 Ollie was happy to have his photo taken today. I think the tiny camera covering less of my face calms him down.

After a much-needed drink in the rainwater pool that never dries up. You can see where the fur has not grown back on his legs and back. 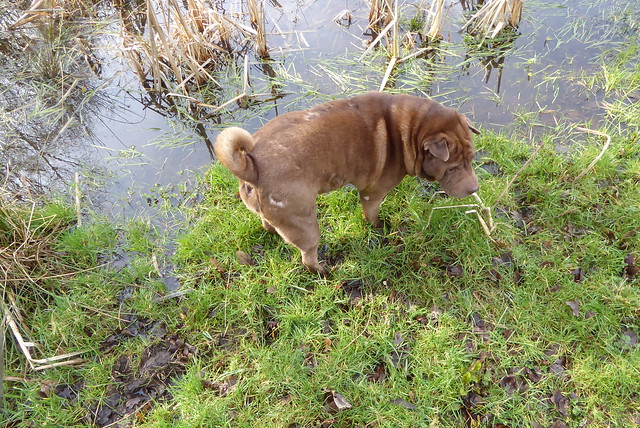 I sat down in The Dell, and he came for a stroke. 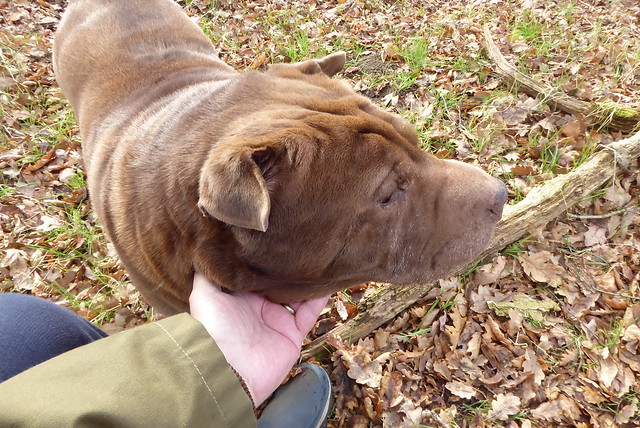 Then I was able to get more photos of him as he stood around waiting. 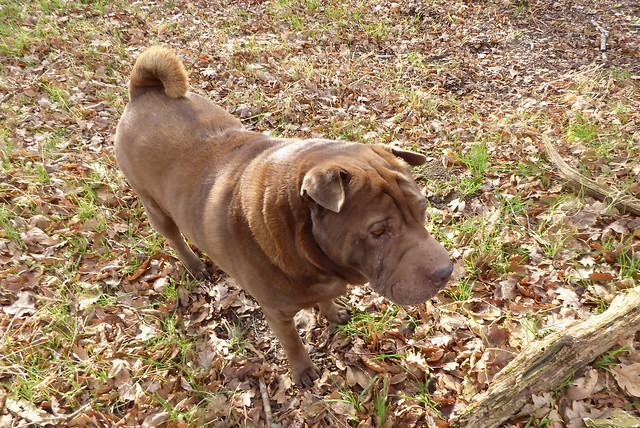 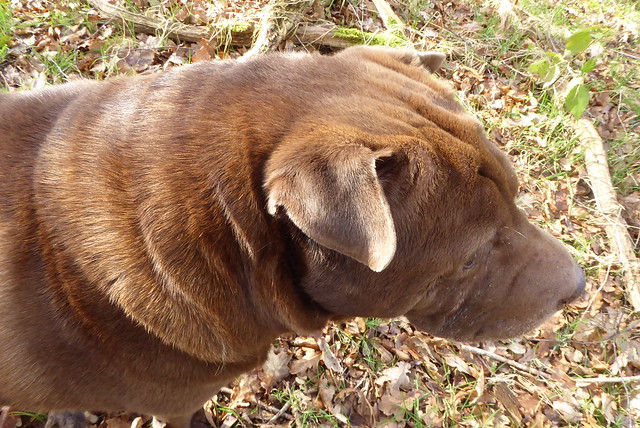 That rainwater pool, with the river beyond. 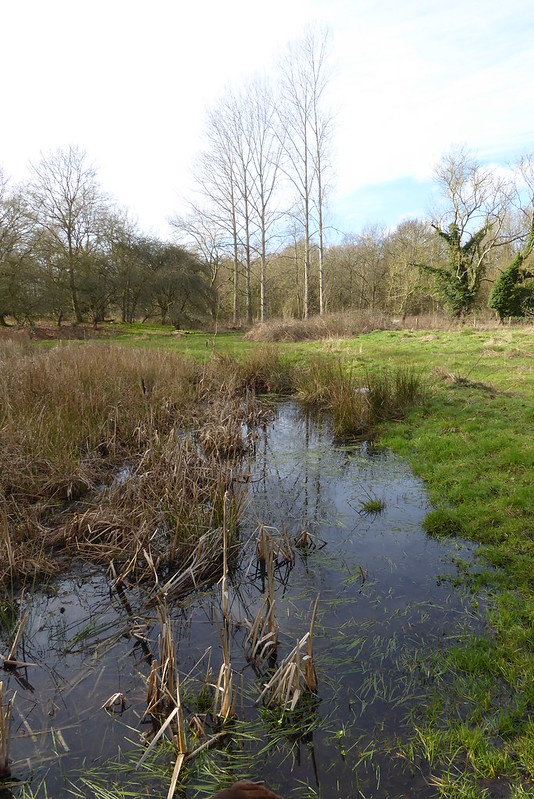 Some trees were felled there a couple of years ago, as their roots had been undermined by the river flooding.

The logs were left as habitat for creatures, and Nature is finally reclaiming them. 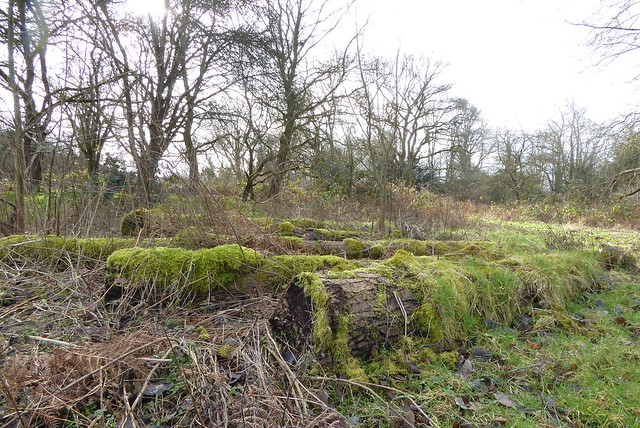 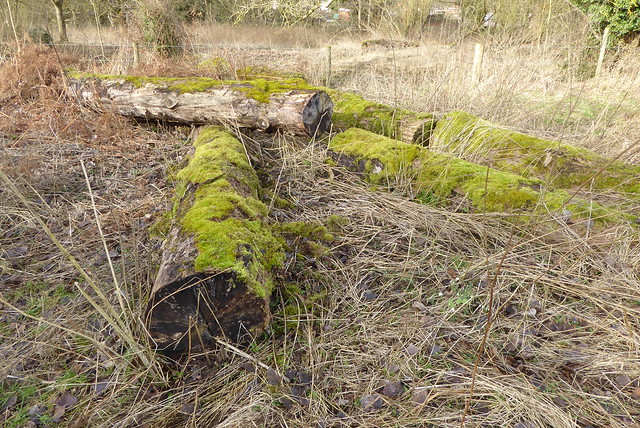 A walk of just under two hours, rewarded with some photos, and the fact it was not raining. 🙂

88 thoughts on “A Sunny February Morning With The Camera”